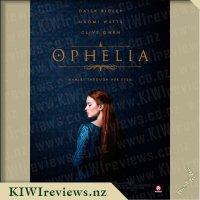 Disclosure StatementFULL DISCLOSURE: A number of units of this product have, at some time, been supplied to KIWIreviews by Madman (NZ) or their agents for the purposes of unbiased, independent reviews. No fee was accepted by KIWIreviews or the reviewers themselves - these are genuine, unpaid consumer reviews.
Available:
in cinemas 11th July 2019

Ophelia comes of age as lady-in-waiting for Queen Gertrude, and her singular spirit captures Hamlet's affections. As lust and betrayal threaten the kingdom, Ophelia finds herself trapped between true love and controlling her own destiny. 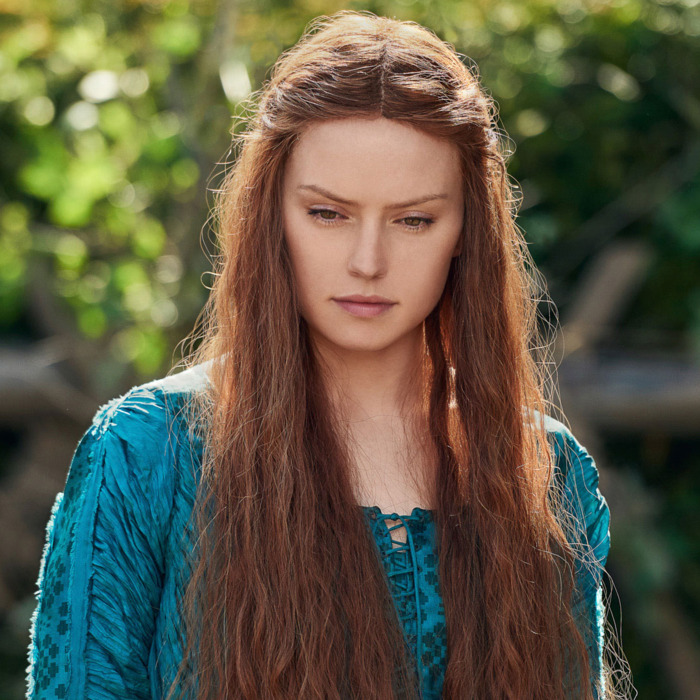 I have never been a huge Shakespeare fan. The language has always felt so ancient and out-of-place that I could never properly follow what was going on. This is usually hampered further by the fact that most of what goes on would be dialogue, telling us, rather than showing us. That is, of course, the deal with theatre. Theatre doesn't have the budget for large scale action scenes. Movies, on the other hand, do have a big budget and can do so much more from a visual perspective, and this is where Ophelia really works.
It is in the opening shots where our main protagonist narrates over the scene and asks the audience to forget what we have been told and allow her to tell her own story; that is when you know you should be in for a treat. "It is high time I shall tell you my story myself," It fills you with intrigue but also hesitation, remembering how peculiar that recent Robin Hood remake was, which started with a similar phrase.

Ophelia is a fun romance flick, where the men make all of the rules, but the women have the majority of the brains. It is an interesting perspective to watch these categorically masculine behaviours being carried out by the male characters, without them being the focus of the entire film. This shift in perspective means the audience doesn't get to know the motives or thoughts of those characters, only being able to observe their behaviour when our antagonist Ophelia is around. It's reasonably refreshing to see how these macho acts actually look from the outside; as poorly conceived notions that are reckless and dangerous.

That isn't to say that the female characters don't have their issues. Often vapid and shallow--more concerned with appearances--Ophelia (Daisy Ridley) and Horatio (Devon Terrell) are the only level-headed characters in the whole film. It has the curious result of making Ophelia a fun film to view as you watch our protagonist trying to make a life for herself in amongst these chaotic, emotionally-driven characters she is surrounded by.

As I've not been a fan of Shakespeare, it took a while to realise that this was the story of Hamlet from a different perspective (and that was quite far into the film when I started to notice similarities in the story with a certain episode of The Simpsons [S013E14]).

Even going from what little knowledge that the pop culture references provide, it is obvious that there have been many elements added to this story. We get more history prior to the usual start of the film, we have additional characters, and by the end, it does seem to borrow quite heavily from Romeo & Juliet. It expanded on the world that has been conveyed through Shakespeare's works for the last few hundred years, and while it kept me engaged throughout, I can see the film being seen as an attack to Shakespeare puritans.

There is quite the ensemble cast involved; from Tom Felton (Harry Potter franchise) to Clive Owen and Naomi Watts (The International), and George MacKay (Where Hands Touch). You can expect usual overdramatic performances from them to suit the source material, but Daisy Ridley's portrayal of Ophelia really has that innocent naivety that, understandably, makes you want to take her under your wing.

Visually, the film is gorgeous. A lot of water features and radiant greens create a very organic and natural feel towards much of the film.

I was surprised by how much the film engaged and hooked me in the first act. I fear that critics will look down on this film because of "inaccuracies" and liberties taken, but it creates a very enjoyable film with a relatively strong and inquisitive female lead. Well worth a watch.

A reimagining of the classic horror tale about Carrie White, a shy girl outcast by her peers and sheltered by her deeply religious mother, who unleashes telekinetic terror on her small town after being pushed too far at her senior prom.