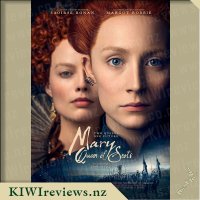 Mary Queen of Scots explores the turbulent life of the charismatic Mary Stuart (Saoirse Ronan). Queen of France at 16, widowed at 18, Mary defies pressure to remarry and instead returns to her native Scotland to reclaim her rightful throne. By birth, she also has a rival claim to the throne of Elizabeth I, (Margot Robbie), who rules as the Queen of England. Determined to rule as much more than a figurehead, Mary asserts her claim to the English throne, threatening Elisabeth's sovereignty. Rivals in power and in love, the two Queens make very different choices about marriage and children. Betrayal, rebellion and conspiracies within each court imperil both Queens - driving them apart, as each woman experiences the bitter cost of power. 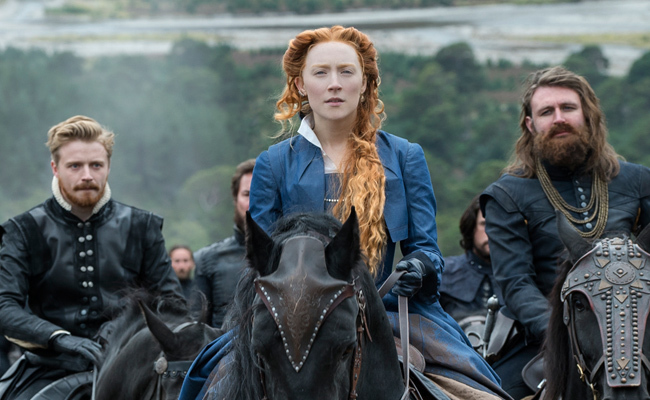 By no means a masterpiece, Mary Queen of Scots is an enjoyable movie that explores the life and troubles of Mary Stuart. It is a straightforward movie that details the power struggles between cousins Queen Elizabeth I of England and Queen Mary of Scotland. Set in an era where men set the rules, the story is ultimately about two strong women who have to contend with shifting alliances and ambitious men who are not always loyal to their Queen.

Mary Queen of Scots is told almost entirely from the perspective of Mary which gives Saoirse Ronan a chance to shine, and shine she does! Ronan gives a passionate, headstrong performance outshining her counterpart Robbie. She manages to display vulnerability and vigour and it's saddening to watch her suffer in silence so as not to reveal any weaknesses to the men around her.

Margot Robbie puts in a strong and convincing performance as Elizabeth I but has a lot less screen time than Ronan. She portrays a conflicted Queen who wants to form a sisterly bond with her cousin yet is jealous of Mary's ability to have children and produce an heir. There is a strong and diverse supporting cast that appears a little colourblind but helps to give the film a modern twist.

Although Mary Queen of Scots has great photography, costumes and fabulous make-up (especially when Elizabeth I is pox ridden), there is a gritty realism to the film. When the dramas unfold in the dark and smokey halls, you can almost feel the cold and damp and the film does not shy away from the ugly side of life with some harsh scenes.

Mary Queen of Scots is an entertaining film that gives you an insight into the struggles of being a Queen in a world run by men and is a must-see for fans of historical dramas.