Home > Categories > Books > Kids - General > Kia Ora You Can Be A Kiwi Too! review 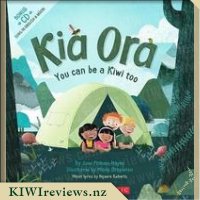 Disclosure StatementFULL DISCLOSURE: A number of units of this product have, at some time, been supplied to KIWIreviews by Scholastic (NZ) or their agents for the purposes of unbiased, independent reviews. No fee was accepted by KIWIreviews or the reviewers themselves - these are genuine, unpaid consumer reviews.
Available:
September 2018

Kia Ora You Can Be A Kiwi Too! product reviews

Kia ora! Join hands with us and explore this country we call Aotearoa. Welcome to the shores of New Zealand, where you can be a Kiwi too! Children play at the beach, climb trees, splash in water fountains and toast marshmallows over a camp fire - all those things we love to do, and share with others. Because YOU can be a Kiwi too!

The story is presented in English and then in Maori. The accompanying CD encourages children to sing along while they follow the printed story. 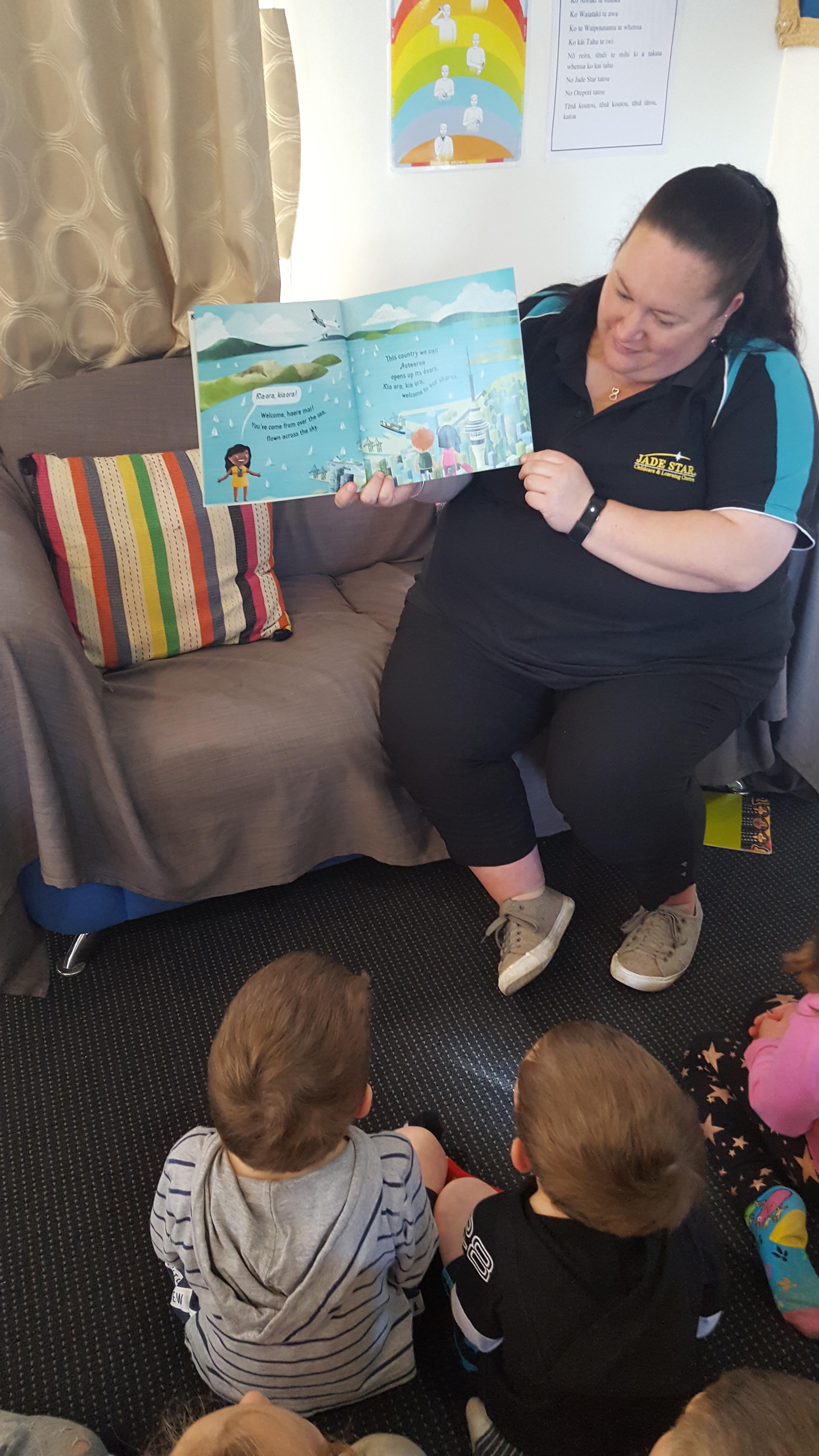 Being an early childhood teacher I am always on the lookout for new books that I can share with the tamariki in my centre. The tamariki I teach are aged 2.5 to 5 and they really enjoy the range of CD books we have in our cupboard (a few of them have come from Scholastic and KIWIreviews!). The tamariki know that sometimes the parcels I receive have a new book in them, so when my latest parcel arrived I had to open it up with the tamariki so we could see if there was a book hiding inside. There were lots of excited squeals as we discovered this book, Kia Ora - You Can Be A Kiwi Too - hidden inside. As soon as lunch was over they gathered on the mat and sat in anticipation, waiting for me to begin. I placed the CD in the stereo and pushed play. The tamariki had their eyes glued to the book waiting to see what would happen.

For the first read through we followed with the CD. There were lots of little gasps, giggles and comments as the tamariki noticed different things within the pictures. I said to them we would come back and have a look once the story was finished. The tune was very pleasant, although not as catchy as some of the other books we have, it held the children's attention and it wasn't long before I could sing along with it. Thankfully these books often have a repetitive tune so even though the words can change, you can usually sing along reasonably easily.

As soon as the CD finished hands were up and children were talking about what they had seen in the pages. We went back to the start and discussed each page. There were lots of images and the tamariki enjoyed finding all of the little things hiding (including the green stone worn by one of the children that I hadn't even seen!). The pictures lead to so many different discussions - the lantern festival, the Cromwell fruit (as this is a place many of our tamariki have been), and even the fact that we could use the page with all of the greetings on it to sing one of our welcome songs that is a favourite.

Scholastic you have done it again - provided another amazing book for the tamariki of NZ to enjoy. We will be revisiting this book again and again, hopefully the CD can stand the number of times it will get played! 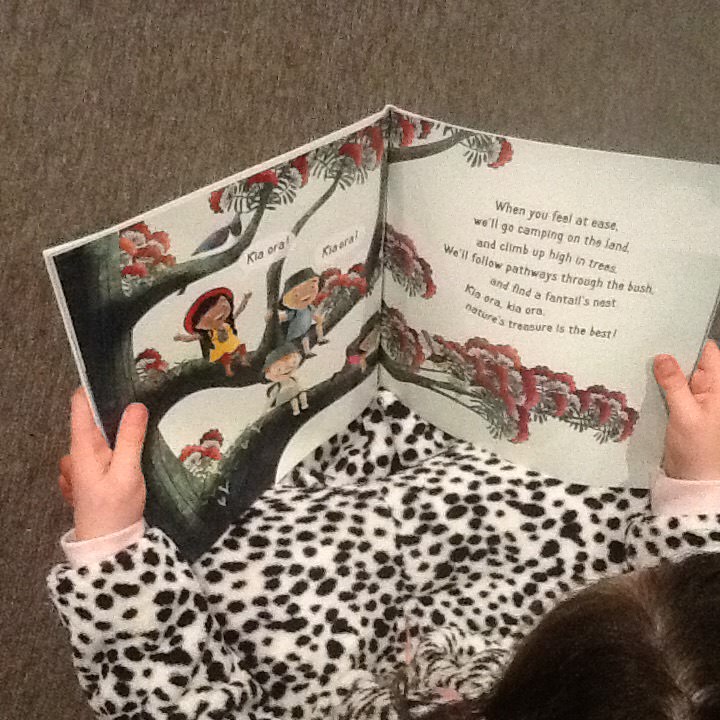 Miss Six was so excited to see that I had arrived with this book; before we had so much as opened the first page, she had appropriated the CD and was dancing and singing along with it. The tune is catchy, and the words are predictable, so she was completely caught up in her performance. I was keen to read the text with her, but it was not happening until the three tracks had played right through several times and she had decided her feet needed a rest!

When we did finally get to read, we were both delighted to see that the printed words followed the recording exactly so that we could listen and read at the same time. Once she had realised this, Miss Six was more than happy to read to me instead of the other way round. This is a most effective and enjoyable to encourage youngsters to practise their reading as it makes it such fun. All the same, Miss Six spotted that the two versions were not exactly the same because the illustrations on some of the pages had been reduced in the Maori section. She did not think that was fair!

I love the message in the story, that new immigrants can all be real kiwis and that we can all learn from one another. Miss Six was born in New Zealand but her mother was born overseas and came to live here when she was twelve years old, so there is a personal link here - as there will be for many young readers who have a parent or grandparent who travelled here from abroad. And in some cases it will be the child him (or her) self who is the newcomer.

I like the way that the text and the accompanying song are both presented in English and in Maori. Miss Six was quick to learn to sing in both languages simply by listening to the lyrics, again a very easy and natural way to learn. And just in case of difficulty, there is a glossary in the inside back cover. Certainly, there is no excuse for anyone who might say they can't understand the Maori version: it could not be more user-friendly!

Finally, there are the references throughout to what kiwi kids do for fun. Miss Six always spends time with family at the beach during the summer. She sleeps in a tent, goes for bush walks, gathers firewood (including pine cones!), toasts marshmallows over a campfire, goes swimming, enjoys ice-cream - in fact, all the things the children in the book sing about. And, since she goes to a school where there are children from many countries, she already knows several of the greetings in other languages. At school, she and her brother have learned to count to ten and sing songs in several other languages including Mandarin, Samoan, and Hindi. Interestingly, she asked why "Bula" was not included on the greetings pages!

I think this book is a real treasure, worthy of a place in every kiwi kid's home. I love the positive messages, the catchy melody, the vibrant artwork and the celebration of kiwi culture. Miss Six supports that 100%!

On Manhattan's Upper East Side a woman lies dead at the bottom of the stairs, stripped of all her valuables. Most cops might call it a mugging gone wrong, but Lieutenant Eve Dallas knows better.

A well-off accountant and a beloved wife and mother, Marta Dickenson doesn't seem the type to be on anyone's hit list. But when Eve and her partner, Peabody, find blood inside the building, the lieutenant knows Marta's ... more...