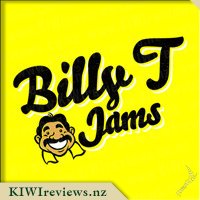 We're kicking off the Comedy Fest's calendar with one hell of a comedy showcase at Q Theatre to introduce you to this year's exceptional Billy T Award nominees.

Hosted by Rhys Mathewson, who has taken out The Fred and the Billy T Awards. You may have recently seen him on The Project or at a wrestling match. We also welcome a special performance by last year's Billy T Award winner Angella Dravid. Join us and be the first to see what this exciting new generation of brilliant comedians have got to offer.

You can catch all of the Billy T Nominees' solo shows at the NZ International Comedy Festival, 26 April - 20 May. 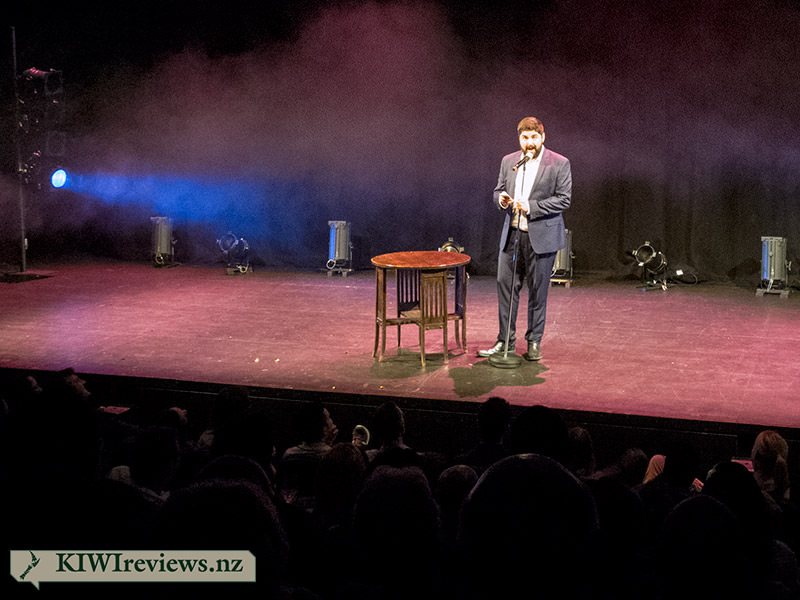 Humour is very subjective - what one person finds funny another may find offensive, or dull, or confusing. So, a comedy showcase is going to be a mixed bag no matter who you are, and the real indicator of their talent as comedians is the overall expression of the audience as an average. A good start though is having the right MC on stage at the beginning. It's their job to warm up the crowd, get everyone in the right mood, assess the vibe and adjust it if they can, or warn the performers if they can't... and Rhys Mathewson was the right person for the job this night.

Putting across a few basic rules in a manner that had people listening, but also laughing, was great... my favourite was his quip on "do not heckle the performers" - which I can't repeat here due to this site having an open audience, and his wording was R18 at best. Still, it made the majority of the audience pay attention and comply... but there's always one idiot in every crowd so when Rhys returned to the stage after the final performer's gig drew a bit of a heckle, he was sure to humorously slap that fool down. He did it in a manner that had the offender looking very sheepish, more because the rest of the audience was laughing AT him, than any sense of remorse for his behaviour I imagine. Still, whatever gets the job done, eh?

The first main act on stage was Melanie Bracewell, who regaled us with her feelings on purging her Facebook 'friends' list, how savage kids can be these days, her feelings (and woeful experiences with) dating apps, plus a feast of bad sex tips. As a starter, she was ideal, leaving the crowd awash with feelings of delight, titillation and sympathetic embarrassment.

Following on, we were presented with Alice Sneddon, who was a loud-&-proud self-proclaimed feminist comedienne. Her set opened with a warning about how her "Alpha Overies" could cause audience members' menstrual cycles to sync up with her before her set was over, and was filled with points of view on her mother's eccentric behaviour during her formative years, and how tough it could be to walk into a Hooters bar in New York as a feminist.

The third act for the night was musical comedic duo "Two Hearts" - Laura & Joseph) who had the crowd laughing with their lyrical tirade about Alan Rickman's death and why it's not OK to slut-shame a ghost. Personally, I didn't find their style appealing, but that's the joy of comedy - subjective to an infinite degree. The audience as a whole appreciated them, and that's the important point.

After the intermission, Rhys returned to give us a tale of how he took on the Auckland City Council regarding a road-closure for the Auckland Marathon, which had the audience in fits, then it was on to Donna Brookbanks. What an entrance... ever have one of those dreams about turning up to an important event? Donna showed us what it was to live through that. What was doubly impressive was that despite wearing nothing more than a t-shirt and panties, she managed to whip out a stunning card trick. Just, don't ever ask her to show you the contents of her travel bag if you have kids nearby.

Rounding off the Award Nominees sets, James Malcolm wandered on stage and immediately had the crowd laughing with his warning about how threatening some people find his masculinity. The juxtaposition of a camp young male giving that warning was too much for some members of the audience, and the howls of delight echoed throughout the audience throughout his set. Covering topics such as how his mother's dildo collection was so numerous, it was easier to assess it by weight than quantity (including a quip about how if his mother had been present, she could have killed Steven Joyce), how he had huge empathy for checkout operators, and how faulty his "gaydar" is. It's always risky, using "minority humour" in a crowd... it's possible to offend almost everyone with one wrong punchline, or annoy the audience by falling into stereotyping. However, James managed to sail that razor's edge, giving a great presentation without any overt offence to the listing crowd.

Rounding off the evening's offerings was a set by last year's award winner, Angella Dravid. Her style could be charitably described as a somewhat acquired taste - deadpan, self-depreciating and more than a little introspectively dark in places, she won the hearts of the audience when she totally owned the heckler who attempted to pre-empt one of her punchlines. It was so smoothly done, so expertly executed, that the follow-up from MC Mathewson was more the icing on the cake of shame for the irreverent shouter.

If this is a sampler of what to expect from the full sets during the upcoming comedy fest, then it's well worth booking in for as many of the shows as you can manage. If nothing else, you'll walk away with a jar of mayo, and there's nothing like the satisfaction of walking outside with a jar of creamy goodness in your hands.

Get the family together and enjoy The Barefoot Bandits - a new local comedy adventure series, featuring the voices of some of New Zealand's top acting talent and created by the guys at Mukpuddy.

The little-known island of Ngao has long held many a mystery, though this fact has been largely unnoticed by the quiet townsfolk who call it home. That is until Tane, Fridge and Riley, who call themselves The Barefoot Bandits, take it upon themselves to investigate all the secrets the island has to offer!