Blade of the Immortal review 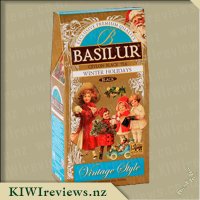 Disclosure StatementFULL DISCLOSURE: A number of units of this product have, at some time, been supplied to KIWIreviews by Basliur Tea or their agents for the purposes of unbiased, independent reviews. No fee was accepted by KIWIreviews or the reviewers themselves - these are genuine, unpaid consumer reviews.
Available:
via online store and selected quality retail outlets 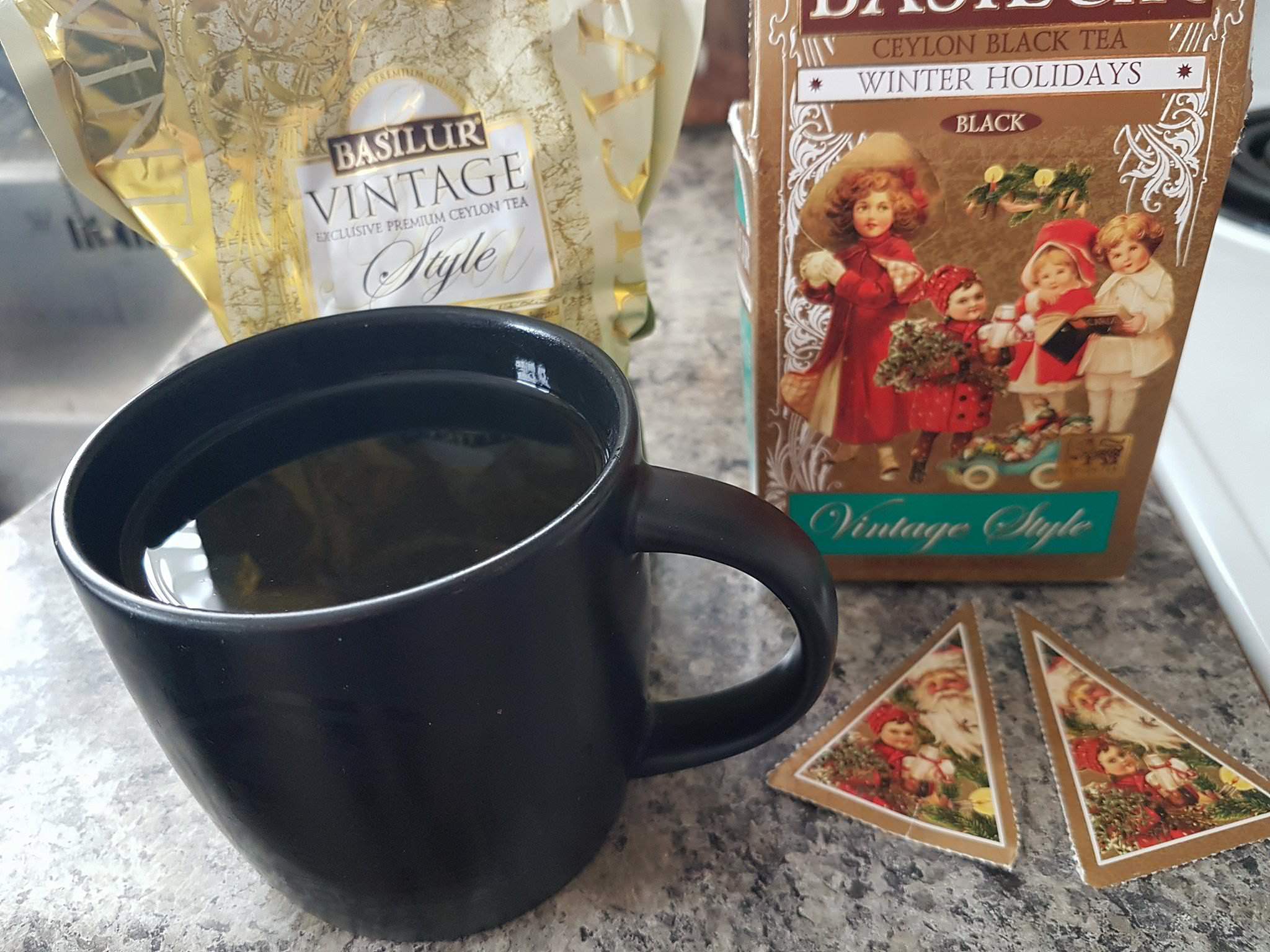 I have had the privilege of trying other flavours of the Basilur tea range and I have to say this one is my newly appointed favourite. I opened the packaging, tore open the resealable bag and presented my eager nose atop of the tea which wafted out a pleasant fragrance of fruits and citrus.Shaking around the bag and glancing in you can see small pieces of dried orange peel and little chunks of cherry mixed with the many strands of black tea leaves.The packaging is very festive, elegant and stylish which is very fitting for the tea. Also on the side of the box where it is opened, there are two tearaway triangle Santa pictures (in photo) that can be used as Christmas decorations which I am assuming they were intended for.

I filled up my tea strainer completely as I like my tea strong and let it sit for about five minutes in boiling hot water to allow the flavour to set in and soak the natural goodness from the mixture. I added one teaspoon of sugar and proceeded to drink. For the amount of aroma the drink gives off I was disappointed that the flavour itself wasn't up to the same standard but it still had a vibrant fruity taste which I liked and made up for the lack of strength.

So to elaborate on why this is my new favourite tea it comes down to simply being the mixture of the smell and taste of the tea being so soothing and relaxing that it hits the nail on the head to exactly why I drink tea to begin with and that is to sit back and relax. I recommend this tea to anyone who is a fan of tea in general and likes to relax and unwind. I look forward to continuing trying the Basilur tea range to see what else they have to offer.

Two of us shared a pot of this tea, but we had such different impressions that I asked another two friends to give me a second opinion. The consensus was that, although it is a black tea, it does not really "go" with milk or sugar even if people normally take these. When served without any additions, it was really tasty - similar to some jasmine teas I have tasted in the past although made with a different leaf base.

The inner package is designed to be resealed so that optimum freshness is retained. When we first opened it, there was a strong scent of orange flowers and strawberries but none of the usual black tea aroma that we expected. The tea leaves were larger than usual, and they were interspersed with pieces of dried flowers and fruit which made the contents look very festive. When the boiling water hit the dried leaves, there was a wonderful smell of fresh fruit and spices!

One of my friends made the comment that she prefers loose tea to sachets as it makes it easier to control the strength. I agree with her. She also liked the packaging and said she would buy it for the packaging alone as it would be a perfect Christmas gift for someone who is hard to buy for! In fact, everyone loved the colourful pack and said it reminded them of old-fashioned Christmas cards.

I like tea quite weak so I would use around half of the amount she would, and this is what caused the initial range of reactions. I had made the first brew quite strong and found it had a bitter aftertaste. The friend who shared this first brew with me said it was just right for her! So I made a second brew for the other friends to try, and this time I made it a lot weaker. For me it was perfect, but one said it did not have any flavour and needed to be stronger; the other added milk and sugar (because she always does!) and said it did not work at all.

I tried some of the tea left in the pot as a marinade for the fruit intended for a Christmas cake, and that was a perfect way to use up the leftovers so as not to waste them. The cake was allowed to sit for a couple of days before we tried it, and it was delicious - fruity and very moist - which was due in part to this tea being used in place of the usual gumboot tea recommended in the recipe.

I think the lesson for all of us was that people differ in how they like their tea served. With a little experimenting, we were all able to find a brewing method and strength that suited us. I will stick to having mine plain and weak and let the flavour speak for itself. My friend who normally takes milk and sugar said she would not buy it again as she finds black tea hard to drink without her pet additives. The remaining two both enjoyed it so long as it was nice and strong. Three out of four is not too bad!