ProdID: 7745 - Old MacDonald Had A Farm
Author: The Topp Twins 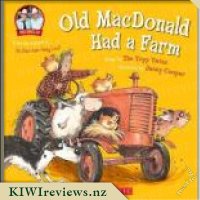 Disclosure StatementFULL DISCLOSURE: A number of units of this product have, at some time, been supplied to KIWIreviews by Scholastic (NZ) or their agents for the purposes of unbiased, independent reviews. No fee was accepted by KIWIreviews or the reviewers themselves - these are genuine, unpaid consumer reviews.
Available:
October 2017

Our daughter loves books, and as a result we do a lot of reading in our house. And whilst she doesn't really like singing much herself, she loves me singing and her bopping along ('Sing, Mummy, sing'). So whilst I thought that this book would really entertain her, never have we had a book that has been quite as well received as this version of Old MacDonald Had a Farm. The rhyme is the classic song that we all know and love, about a farmer and the animals which he has on his farm. However, this version is a thoroughly Kiwi affair- think references to chooks, Red Band gummies and Swanndri tops. This version also has Old MacDonald being given the run-around by all of the animals on his farm (except the dog, of course), with hilarious consequences.

To me, the thing that really makes this book so special is the illustration. The drawings throughout the book are beautiful- full of detail and character. They paint such a vivid picture of exactly what happens on the farm- from the joy and sass of the animals, through to the surprise and despair of Old MacDonald himself. My daughter is utterly enchanted by each page, eagerly waiting to see which animal is next and then commentating on exactly what they are doing, and how it's making Old MacDonald feel. I can't help thinking what a wonderful teaching opportunity this book is, and your child would never know as they are having so much fun. It seems like every time you look at the book you notice a new detail, which is so clever and something which is so rare within illustration of children's books (I have read enough of them to provide solid confirmation of this!). What is also really striking is just how funny the book is- my daughter's favourite part is when Old MacDonald goes to feed his pig, but slips on a banana skin, covering himself in food scraps.

The CD provided with the book contains two tracks- one is the Topp Twins singing the song, and the other is an instrumental version allowing you to sing the song with the musical accompaniment. The Topp Twins are the perfect duo to perform this song- character and charm abound. The song goes at just the right pace to keep the energy up, and is easy to sing (or in my daughter's case dance) along to. The other great thing is that I don't need to sing- I'm sure my neighbours appreciate this! We also love looking at the illustrations with the music, and the two things together really bring the story to life.

Overall, I cannot recommend this book enough. It would appeal to any child (or adult) and gives hours and hours of entertainment from beautiful illustrations and wonderfully Kiwi lyrics. It would make a really great gift, or a fantastic teaching aid. Scholastic have come up with a real winner in this book, and you really have to try it for yourself to see. 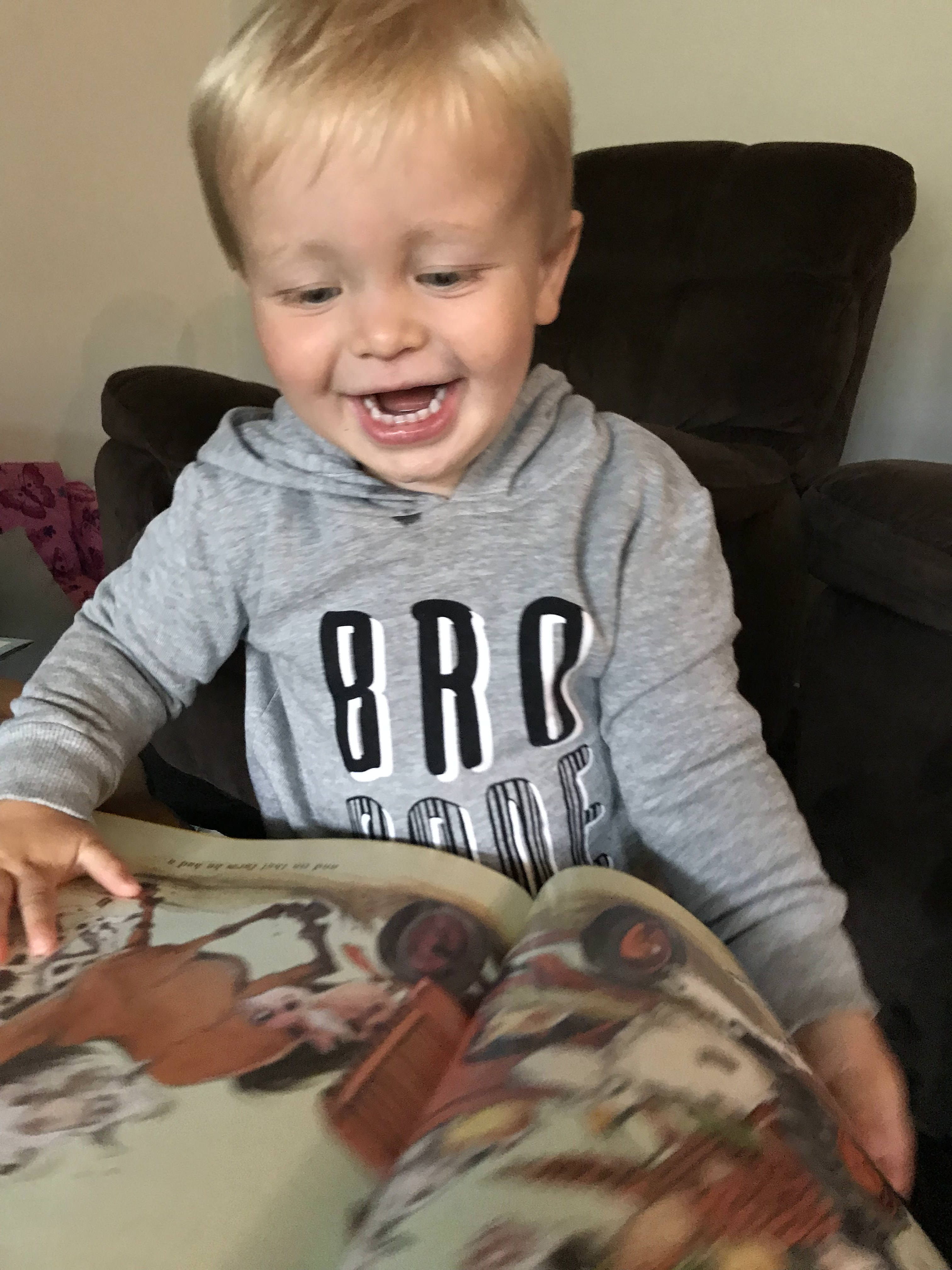 This is, without a doubt, the best book and specifically the best CD book I have read in a long time. For your average person that's probably not that big of a statement, however as a mother of a two and four year old that statement is pretty big, we read a lot of books. Add to that the fact that I'm also an early childhood teacher (to twenty children on any given day under the age of three) and that statement becomes massive! As you can probably now understand, I hate to actually think (or rather count) how many children's books I would read in a single day but trust me when I say that it feels like hundreds. Therefore to find such a gem like this is a rare moment and one that I totally treasure; it takes a special book to capture the minds, ears and eyes of twenty children all at once of such a young age.

Per say, the story 'old McDonald had a farm' is what I would label a classic, it's been around for years however this version is utterly delightful and one that will have you singing the song like its a newly released tune from the radio. The pure joy and love on my sons face literally every day since we received this book makes my heart swell and feel so much pride all at once that he loves this book. Being a boy who's constantly on the go so to speak its extra special to be seeing this in him. He's a child of few words however he has now learnt to say "e-I-e-I-o" as well as "moo", "baa" and "hmm" (you'll have to read the book to figure out what animal makes that sound)! Reading this book at mat time at work had a few strange looks the first time round as they weren't expecting the new additions.

Full of twists to the classic version, there is some new animals with great sound effects and the C.D has had everyone in fits of laughter. Not only is the whole household singing the song but also dancing along to the tune every time this is played. The greatness of having the C.D to go with this book means my two year old is gaining some much wanted independence - he can sit on the couch holding his book, turning the pages and listening to the words. Yea he doesn't always turn the pages at the right times and sometimes he gets distracted by the CD sleeve that he's figured out he can hold up to his face to play "boo" through but hey that's what two year olds do! All in all, this book has encouraged his verbal communication no end, it's meant he's exploring written and verbal literacy on several different levels and he's learning respect for books - all of which as a parent I give so much value to!

Thank you to Scholastic, thank you to the Topp Twins and thank you to Jenny Cooper. I really cannot rate this book highly enough nor recommend it highly enough; perfect price, more than value for money, we've read it literally every night and every day since receiving it (several times on each day/night).. For that its a perfect ten out of ten from me and my family

Score: 9.8
Product reviews for listing 8451: Warrior of the Altaii -  Written by Robert Jordan