« Beauty and the Beast review 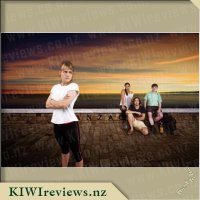 Multi-award winning New Zealand playwright, Dave Armstrong, offers a contemporary take on one of the nation's formative historical events in the premiere of Anzac Eve, playing Tuesday 28 & Wednesday 29 March at Playhouse Theatre, Gallagher Academy of Performing Arts. This highly entertaining and unflinching look at the ANZAC experience speaks to a generation of Kiwis whose national identity has been moulded by the heroic efforts of their forefathers.

Anzac Eve follows four young antipodean travellers on their big OE. Tempers flare, romance sparks and ghosts are uncovered, as two young Kiwi guys meet two young Aussie girls on an evening where national pride is fiercely felt. Each seeing historical events through their own lens, are they really there to solemnly commemorate the occasion? Do these characters really know their history or are they simply buying into convenient Anzac myths? Have we really learnt from Gallipoli or are we still making the same mistakes 100 years later?

I was excited just at the name of this show "ANZAC Eve". I have been to Gallipoli for the eve of and day of Anzac Day and though it was many, many years ago (before the hype) it remains as one of the most moving and memorable experiences of my life. So it was with great anticipation that I found a friend to accompany me and we headed to the venue at the Gallagher's Academy of Performing Arts. The theatre is named The Playhouse and is a very small theatre with seating right up to the stage. It was absolutely perfect for such an intimate play as this.

Firstly each character arrived on stage one by one at the setting of the Gallipoli Remembrance service on the eve of the 25th of April, allowing an introduction to the characters and a building up of the characters persona we develop an instant affinity to the characters. Ben and Phil were portrayed exactly as they might have been and Barnaby Olson and Hayden Frost were brilliant in their portrayal of the characters. Ruby Hansen as Maia the Australian and Trae Te Wiki as Lizzie the Maori Aussie were just so spot on. I related to all four of the characters from my own travels and the nature of these backpackers couldn't be more apt. The set up of the scene was very skilfully done and there was no distraction from the dialogue as the stage is set only with a tarpaulin in camouflage. The characters were in place center stage as they set up the Eve of Anzac day and after the initial banter the dialogue very quickly progresses.

The story line is incredibly well written and perfectly delivered as the dialogue seamlessly transgresses through a diverse range of topics all the while bringing the subject back to Anzac Day and the battles that took place at Gallipoli and the meaning not only of the Anzac Day commemorations but ANZAC itself and the battles that took place as well as the aftermath and the present day impact on our generation.

Issues of racism, refugees, kiwi ingenuity, mass migration of Kiwis to Australia, democracy, patriotism homosexuality, suicide, glorification of war, religion, bias, preconceptions and terrorism were amongst some of the issues discussed through the play. The dialogue was delivered flawlessly and for an hour the entire audience was focused on the lives and story's of the four characters. The facts of the battle that occurred in the hills around Gallipoli are very well weaved through the story line so the audience can gain a good understanding of what occurred but what really impressed me was the way that the play raised so many issues that are relevant in the here and now as much as they were in World War one. I found incredibly thought provoking and it certainly has provided fodder around our beliefs about why soldiers go to war, what was the point of the war in Turkey and why are we so proud of soldiers that die believing them not to die in vain because what would it mean if they did die on vain.

To sum up this play was everything a play with four people alone on a stage for an hour should be. The humor was enough that the audience spent most of the play in laughter but serious enough that often the laughter was quickly sobered by what came next. This is a truly hilarious, thought provoking and extremely challenging play. I would love to see a repeat performance and have been busy all day recommending this to my work colleagues to attend. If you have an opportunity to view this take it as it will be a very enjoyable and thought provoking hour of your life.

Fantastic acting from a very talented cast, a perfect script and great production. Definitely a show not to be missed. It certainly has me thinking and with Anzac Day fast approaching it is very timely.

Encouraged by his ailing friend (Chris Cooper), Jake journeys back to 1960s Texas to prevent the assassination of President John F. Kennedy. As Jake explores the mysteries surrounding alleged ... more...