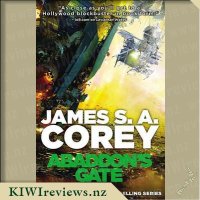 Disclosure StatementFULL DISCLOSURE: A number of units of this product have, at some time, been supplied to KIWIreviews by Hachette or their agents for the purposes of unbiased, independent reviews. No fee was accepted by KIWIreviews or the reviewers themselves - these are genuine, unpaid consumer reviews.
Available:
June 2013

London, 1889. Oscar Wilde, celebrated poet, wit, playwright and raconteur, is the literary sensation of his age. All Europe lies at his feet. Yet when he chances upon the naked corpse of sixteen-year-old Billy Wood, posed by candlelight in a dark and stifling upstairs room, he cannot ignore the brutal murder. With the help of fellow author Arthur Conan Doyle, he sets out to solve the crime - and it is Wilde's peculiar genius and his ... more...