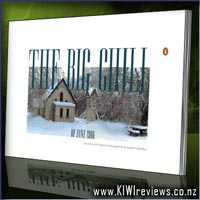 Disclosure StatementFULL DISCLOSURE: A number of units of this product have, at some time, been supplied to KIWIreviews by the company for the purposes of unbiased, independent reviews. No fee was accepted by KIWIreviews or the reviewers themselves - these are genuine, unpaid consumer reviews.
Available:
Aug 2006

But the people of Canterbury responded unflinchingly. Friends and neighbours mucked in together. People sought out the elderly to lend a hand or supply hot meals. Families moved in with friends. Four-wheel drive clubs made their vehicles available and businesses supplied goods and services free of charge.

This illustrated book recording the big chill of June 2006, drawn from photographs supplied by the people of Canterbury, is also a tribute to a community which rose to the challenge in a crisis.

The Big Chill is much more of a pictorial record of the weather bomb that Canterbury suffered on the 12th June 2006. The snow dump was heavy enough to bring the region and most of the South Island to a standstill for a few days.
Grigor, with the help of South Islanders' photographic contributions, managed to sift through thousands of photographs to produce a fantastic book, produced in record time.

Each photograph tells a story in itself, along with the short captions that accompany each photograph - showing the fun, the beauty and the hardships that were caused by this overnight snow-fall.

The book is nothing more than a coffee-table book, but for South Islanders, this book must surely have a place in every South Island homes - and deservedly so.