I Need a Hug review 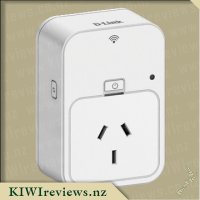 Works with what you have
Requires no additional hub or device, works with any Wi-Fi network.

Turn Devices On/Off with the Mobile app
Instantly turn devices on or off from your smartphone or tablet, or the switch on the unit itself.

Create On/Off Schedules for your Devices
Set your devices to work for you whenever you want.

Help Prevent your Devices from Overheating
A thermal sensor will automatically turn off overheating appliances.

Monitor your Energy Usage
Keep an eye on your energy usage and save a few bucks.

Short version: EVERY power socket should be a 'connected device' I think, but with some near-AI level security wrapped around it. I love the idea of being able to not only monitor, but also control and create behavioural responses for devices while I am nowhere near them. This plug gets that ball rolling for non-smart devices.

I tested this unit by taking inspiration from some of the zany tasks the lads on Top Gear had rigged up over the years... I hooked it up to a multiboard, into which I plugged a desk lamp, some LED fairy lights on a "random sequence" controller, an oscillating fan and a small radio. I had the fairy lights arranged on a large sheet of card about the size of a widescreen TV and propped up on a table. Using some fishing line, I hung a sheet of heavy black card from the ceiling, then set the fan on its lowest setting and positioned it a ways back from the card, and I turned on the desk lamp and aimed it at the card from behind.

Setting up a couple of D-Link security cameras, so I could get both an inside and outside view, I set about testing the effectiveness of my MacGyvered up burglar deterrent system. I downloaded the app and logged in to my d-link cloud account, and configured the smart plug... well, really I stared at my phone's screen in wonder as it basically did everything itself. It told me to swap WiFi networks, then quickly shot past that bit and told me to just log in to my own home network instead. After that, there was a delay of about 6 minutes as the app detected there was newer firmware for the smartplug so updated it for me, and then bingo, there was a power button on my screen!

Wandering down the back, so I could get a clear view of the house as human eyes would see it, I held my breath and tapped the button... loud bangs, fire, smoke billowing out of the windows, smoke alarms blaring wildly... none of these things happened. Instead, after a short delay of half a second or less, I saw flickering lights and I heard voices and music as though a TV was on, I saw shadows moving across the curtains seemingly at random, and I had a genuine feeling that someone was in that room. Which was a little un-nerving since there really should not have been. I had to quickly pop open the camera view to make sure someone hadn't snuck in and was raiding the place.

OK, while that was just having a bit of fun with this device, in all seriousness it performed flawlessly. It did everything it promised and didn't fail me at all. I had to see if it would still perform when the app wasn't on the same local network as the device, so deactivating my phone's WiFi and falling back onto wallet-terrifying mobile broadband, I attempted to turn everything off again. First step, of course, was to turn off the cameras - why chew up the bandwidth after all. Then the moment of truth... how big would the delay be between me hitting the button on the app, and the device registering it?

The answer - so close to the delay when both devices were on the same network that the difference was too small to be measured without some very fancy gear. I'm going to say I *think* it took a tiny fraction longer, but I can't be certain. I imagine there would be a more noticeable lag if I was trying to de/activate it while lazing around on a beach half way around the globe, but since the chances of that are measured on the same scale as quantum events... we'll have to just leave it at "it takes about half a second, give or take a smidge..." and leave it at that.

Overall, I'm chuffed at this device - it's just the sort of thing you should have if you leave your home unattended semi-regularly. Hooked into a home network with some other 'Connected Home' devices such as motion sensors, window and door sensors, sirens, and maybe even a few deadbolt actuators (if they have those available yet) you could have a pretty smart house indeed, without having to mortgage it to pay the bill. Best of all, you don't need to hire in some fancy over-priced "expert" - you can do it all yourself!

The DSP-W118 mydlink Mini Wi-Fi Smart Plug not only enables users to control any attached electrical appliance in the home, but can also accept schedules that turn your TV off when you're asleep, power on your coffeemaker before you wake up, or ... more...