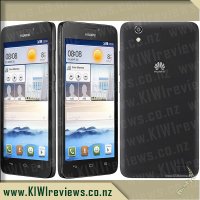 Get more capacity from your phone. Powered by a Snapdragon MSM 8212 1.2 GHz Quadcore Processor, the G630 lets you switch seamlessly between apps while you enjoy quicker downloading speeds.

With advance technologies you can enjoy more power, simplicity and control without lifting a finger. Audio command functionality frees your hands while you automatically capture better pictures.

Immerse yourself in a whole new level of sound. With built in Qualcomm Audio+ Effects technology, you get the very finest acoustic detail. Now everything you hear, wherever you are, is music to your ears.

Take advantage of our elegant emotion UI, which makes all the latest features not only simpler to use but more fun and intuitive. No matter what you are doing or what app you are using, everything feels easy.

After dropping my Samsung Galaxy S3 on the ground and smashing the screen, I had been looking forward to when my contract on the phone ran out so that I could upgrade. When time came to change, I looked at the handsets available, and came across this Huawei (pronounced WAH-WAY) and it seemed to tick all of the boxes.

Compared to the other phones on the market (for under $300) the specifications of this phone came out. Higher Megapixels on the camera for both the front-facing and rear, a quad-core processor, and high resolution display screen.

But the one thing that I didn't look at, nor understand the value of was the internal memory of the device. 1GB RAM and 4GB ROM, are specifications that I still don't quite know the meaning of. What I did however find out, is that it was far less than I needed. I downloaded my email app, facebook and messenger, and a couple of others, when suddenly I had "insufficient internal memory" I couldn't even update my current apps. I had to delete pretty much everything to be able to do anything. Delete everything off the phone to take a 5 minute video. Transfer it to the computer and then re-download the apps I needed to use.

It was incredibly frustrating. And I quickly came to the conclusion that I had the choice of either buying an SD memory card for my phone to be able function at bare minimum, or get a new phone entirely. Well, I have been gifted a friend's pass-me-down's and now the proud owner of an Apple iPhone 4. I lasted 3 months before I couldn't stand the phone anymore.

But looking back at the Huawei again, the camera was good, but not great. It took exceptional photos with ample daylight and close range, but the zoom function was more or less useless as the picture quality drastically declined when used. It was also a poor performer in low light situations (such as concerts) with blurry photos, and a very delayed shutter speed in darkened conditions.

The location of the Home "button" sensor was poorly positioned, as it sat too close to the position of the space bar when typing. This led to a multitude of times per day that I would be typing, then accidentally exit the app, and open another app that is in the position on the screen. It made even the simplest of tasks laborious.

On paper, this phone seemed amazing. I was excited to buy it, and use it, but it ended up letting me down. I use it now purely as a work camera, due to the ease at which I can transfer photos from the phone to the laptop, but that is a function that is available in all android phones. For $199, I'd have better off just buying a separate camera.