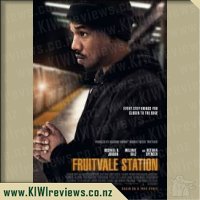 Disclosure StatementFULL DISCLOSURE: A number of units of this product have, at some time, been supplied to KIWIreviews by Roadshow (NZ) Ltd or their agents for the purposes of unbiased, independent reviews. No fee was accepted by KIWIreviews or the reviewers themselves - these are genuine, unpaid consumer reviews.
Available:
March 2014

A group of friends throw a party for Rob, who is leaving New York to go and work in Japan. As the party progresses, however, violent shakes and explosions herald the arrival of an unknown creature, which begins its rampage by throwing the head of the Statue of Liberty down into a street.

Told from the viewfinder of their video camera, Cloverfield shows how Rob and his friends venture deep into the streets of New York, avoiding the giant creature however possible, determined to rescue Rob's true love from her destroyed apartment building in midtown.