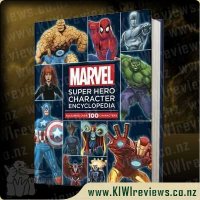 Thousands of years ago, the Evernight came to the Silver Kingdom and turned everything to darkness and chaos. It was only defeated thanks to the skill and bravery of the Witches. But now the Evernight is about to return, released by the evil Mrs Hester, and the only spell that might stop it is lost, deep below the great city of Kingâ ™s Haven.

Then orphan Larabelle Fox stumbles across a mysterious wooden box while ... more...