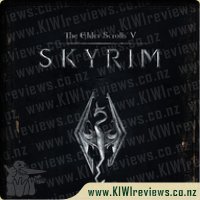 The Empire of Tamriel is on the edge. The High King of Skyrim has been murdered. Alliances form as claims to the throne are made. In the midst of this conflict, a far more dangerous, ancient evil is awakened. Dragons, long lost to the passages of the Elder Scrolls, have returned to Tamriel.

The future of Skyrim, even the Empire itself, hangs in the balance as they wait for the prophesized Dragonborn to come; a hero born with the power of The Voice, and the only one who can stand amongst the dragons.

Everything that you loved from Skyrim, in previous games, is well and truly back, and boy oh boy is it great fun. Yes, itâ ™s a bit wilder, a bit rougher, and a bit more dangerous, but this makes the game better. Skyrim is a bitter, cold northern region, happily though the land is diverse, but it has a wonderful âśtoneâť to it that is very much Viking Axe Clanking and Visible Frosty Breaths Huddled Around Crackling Fires.

Perhaps never before has a game world so perfectly balanced a feeling of a completely inviting attitude with intimidating danger. Skyrim has freaking giants that will kill you in one hit of their mighty clubs, and of course, here there be dragons. Every battle with a dragon is epic, from the first sound of a distant roar, to the glimpse of a soaring beast through the tree line, to the fantastic swoop and crash as the monster lands and unleashes its fiery breath. The best part of the dragons is the sound of their breath attacks, which isn't just the whoosh of flames, but also has a secondary sound like a giant flute, providing musical character and power to these mighty beasts.

It's hard to say much without giving away the game, so I guess I best leave it here, but suffice to say, this is a game well worth trying out.

The game is a frenzied pick-up-and-play experience to be enjoyed by everyone in the room. With up to four players at once, Mania! games reward ... more...