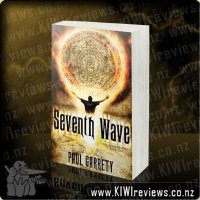 Disclosure StatementFULL DISCLOSURE: A number of units of this product have, at some time, been supplied to KIWIreviews by HarperCollins or their agents for the purposes of unbiased, independent reviews. No fee was accepted by KIWIreviews or the reviewers themselves - these are genuine, unpaid consumer reviews.
Available:
February 2011

Sophie and her friends, Marianne and Delphine, are surprised to win places on a school trip to Russia. But the trip does not go as expected. Abandoned on an express train heading out of St Petersburg, the girls are thrown out at a disused station, where they are rescued and taken to the beautiful but faded Volkonsky Winter Palace, as guests of the exotic Princess Anna Feodorovna Volkonskaya.

Guarded by white wolves, the princess is an ... more...