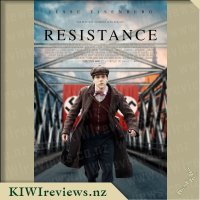 Disclosure StatementFULL DISCLOSURE: A number of units of this product have, at some time, been supplied to KIWIreviews by Rialto Distribution or their agents for the purposes of unbiased, independent reviews. No fee was accepted by KIWIreviews or the reviewers themselves - these are genuine, unpaid consumer reviews.
Available:
in cinemas from June 11 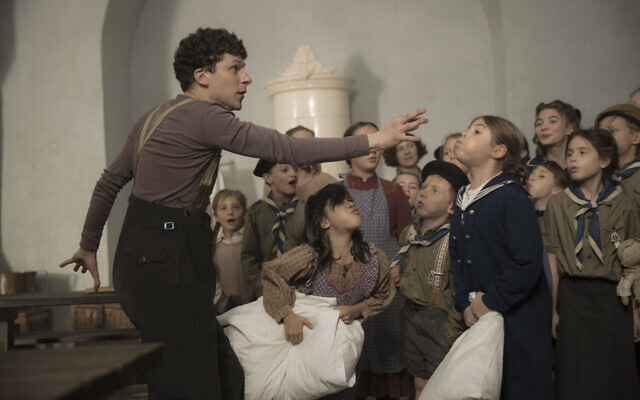 I try to be an unbiased as I can be when it comes to writing reviews, but after a certain number of lacklustre performances, one cannot help but gain preconceived notions of the quality of future films that they are cast in. Jesse Eisenberg is one of those actors for me after his "unique" performance in Batman Vs Superman: Dawn Of Justice, which was further confirmed by The Hummingbird Project. So do take any criticisms of Eisenberg with a grain of salt, but know that Resistance has started to change that preconceived notion of Jesse Eisenberg.

This another case of having to dial back your expectations if you have seen the trailer because the energy of the film is far more reserved than what the trailer portrays. It's important to note this because when you hear the story is about someone joining the resistance during World War II against Nazi Germany, you could easily be tricked into expecting a film packed with action. In this case, our protagonist Marcel (played by Jesse Eisenberg) takes on more of a pacifist role, with the goal of survival rather than fighting back. In this regard, Resistance is in a similar genre as Schindler's List.

The pacifist role is quite a difficult position to cover in a film, as it creates inconsistencies in tone, which can be a challenge to overcome. The feelgood moments of a mime entertaining children and finding ways to make them laugh and play ultimately reduces the tension and suspense of the more tortured scenes. The lighter tones distracting the audience from forming a strong connection with the main characters; something that is already difficult due to the abrupt introduction our protagonists receive.

From a visual sense, the cinematography is quite well executed. The set designs and costuming look authentic, and the film uses a lot of natural lighting to form warm colour palettes in the evening scenes, and a jaded and worn, cool palette for the daytime scenes.

The acting is brilliant, with everyone looking perfectly cast, with the exception of Eisenberg. While this is one of his better performances, it takes a while to look past his jittery acting performance and horrendous accent. This combined with the lack of character development in the first act (due to the film jumping straight into the story), we have a character that is hurried, and terse; hardly a personality that endears itself with the modern audience. Eisenberg does eventually warm up to the position and by the time the second act comes around, his accent is not as noticeable, and his character development is well utilized.

More measured and conservative than expected, and a little cavalier to begin with, but Resistance has a solid story that has clearly defined heroes and villains, which make it a very straightforward and easy viewing experience. It doesn't have the emotional impact of other German/Jew films like Schindler's List, nor the action and strong characters of the pacifist war film Hacksaw Ridge, but it is still a worthy story that is worth a watch.