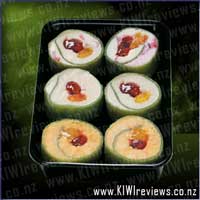 Disclosure StatementFULL DISCLOSURE: A number of units of this product have, at some time, been supplied to KIWIreviews by NZ Natural or their agents for the purposes of unbiased, independent reviews. No fee was accepted by KIWIreviews or the reviewers themselves - these are genuine, unpaid consumer reviews.
Available:
at New Zealand Natural stores

At Proper we wanted to bring you a Popped Corn with a difference. Yes! A partial popped kernel-bringing you the perfect crunch in each munch. We think it is so moreish, that we decided it was worth sharing one of the oldest snack foods of the Americas, with New Zealand.