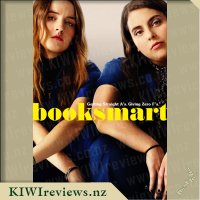 In this fresh, unfiltered modern comedy, best friends and academic overachievers Amy (Kaitlyn Dever) and Molly (Beanie Feldstein) realise they've missed out on pretty much all fun during high school. So, on the eve of graduation, they decided to make up for the lost time with one wild adventure in this hilarious coming-of-age story about the meaningful bonds we create, also starring Lisa Kudrow, Will Forte, and Jason Sudekis. 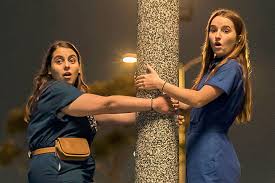 I remember being one of those nerdy students who did their schoolwork and thought partying could wait until later. My views changed when I went to university and I spent the last year having fun, compared to just the one night for Amy (Kaitlyn Dever) and Molly (Beanie Feldstein). Booksmart is directed by Olivia Wilde and is about two straight-A high school seniors that seek out a night of fun before graduation.

The film follows them as they accidentally get waylayed at two very different parties before finally reaching their destination. Beanie Feldstein is a great actress, and definitely the best part of the movie although Kaitlyn Dever is great in it as well. The friendship between the two main characters was done well but their banter often felt contrived and their interactions could have been funnier. The majority of the supporting cast was completely over the top which is fine, just totally unrealistic. All the High School stereotypes were catered for, with the jock, the promiscuous girl, the rich kids, the artsy girl, and the partygoers all represented.

Booksmart is an energetic, fast-paced film with some fun comedy set-piece and an animated drug sequence at one of the earlier parties is hilarious As you would imagine, there is lots of sexual humour and there were many similarities to Superbad.

Unfortunately, the script is full of problems, swinging back and forth between drama and comedy too quickly. The whole film is kind of jumbled like that with scenes that don't really cohere. Side plots appear, amble about for a few minutes, and then disappear and resolutions suddenly arise that are completely absurd. The dramatic twist at the end is entirely predictable and although I enjoyed it and had a few laughs, it's more of the same, and there's nothing particularly smart about that!