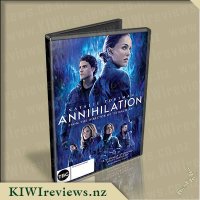 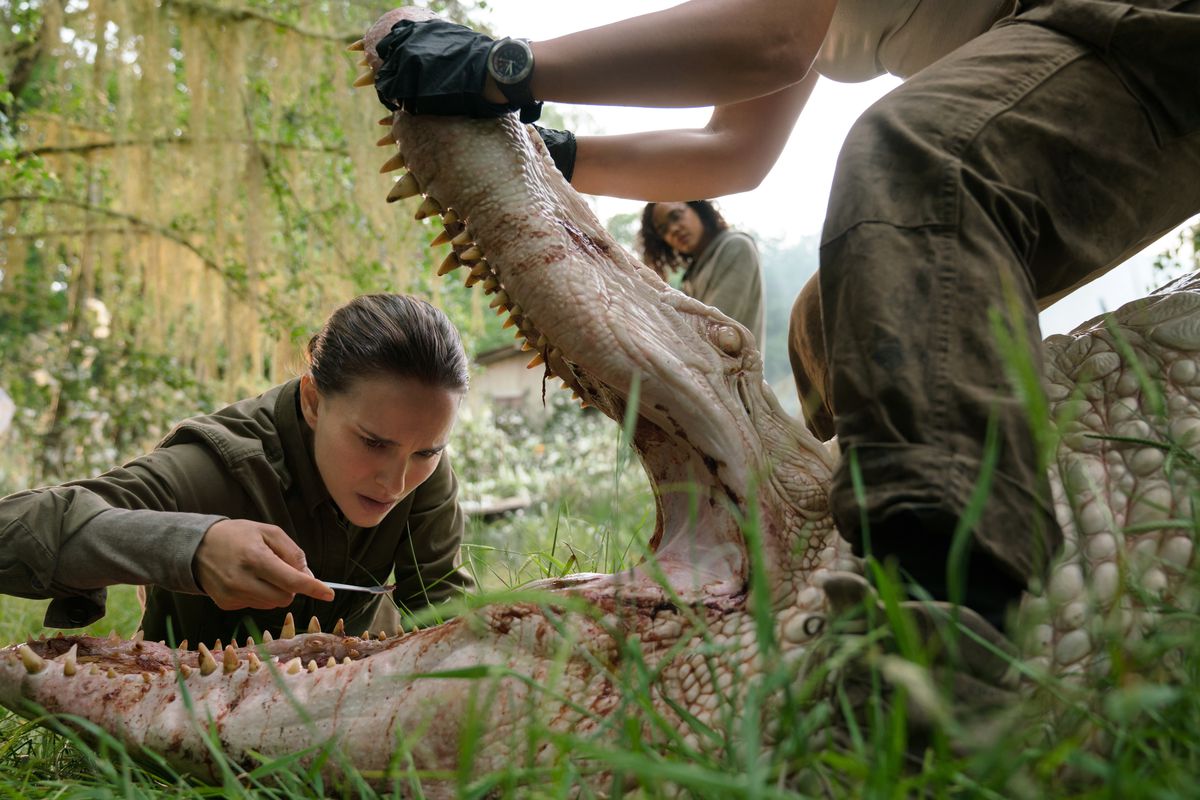 I love science fiction movies that keep you on the edge of the seat whilst you wait for the unexpected. Annihilation made me jump once and but unfortunately it didn't have the 'wow' factor for me that would make me want to watch it again. I left it a few days after watching the film to write this review and the more I think about it, the more unanswered questions I have!

The film is based on a mysterious 'Shimmer' which appears after we witness a comet hitting a lighthouse. Every person that has gone into 'The Shimmer' has never been seen again, with the exception of Kane (Oscar Isaac). An organisation known as Southern Reach, headed by psychologist Dr. Ventress (Jennifer Jason Leigh), decides to send in an all female team. After her husband, Kane, becomes ill, Lena (Natalie Portman), an ex solder and biologist, volunteers to enter 'The Shimmer' to find a cure.

Ventress heads the team which now includes Lena, Josie Radek (Tessa Thompson), a physicist; Cassie Sheppard (Tuva Novotny), an anthropologist; and Anya Thorensen (Gina Rodriguez), a paramedic. All the women have 'issues' which makes me wonder why they would send this team of women in to 'save the world' when other crack military teams have been unable to do so! Although I thought the women were stereotyped, it was refreshing to see them reacting intelligently to unreal events and remain practical and focused. Watching Annihilation gave me flashbacks to 'Lost' in some places and whilst the special effects are great, they would have probably been more effective on the big screen.

For me, the standout performance was Jennifer Jason Leigh who plays the cold and unlikable Ventress. She portrays an extremely believable character that stays strong throughout the film and does not tolerate weakness. Portman does a good job portraying Lena but her acting skills weren't stretched.

Without giving away any spoilers, there was one glaring option that wasn't addressed in the film that still has me asking why and I do feel a little frustrated not knowing! Overall, I wouldn't describe watching Annihilation as 'a mind-blowing experience' but it was an enjoyable film with a nice little twist that opens up for the next film in the trilogy. I'll definitely be watching that to see if my questions are answered!

Score: 10.0
Product reviews for listing 1928: Pump Up the Volume
Directed by Allan Moyle

By day Mark Hunter is a quiet, studious high school senior. But at night he becomes the sex-obsessed Hard Harry, the mysterious DJ broadcasting from his basement on his pirate radio transmitter, beaming out a mantra of social commentary and teenage angst, punctuated by outbursts of gangsta rap and punk rock.

When his sworn nemesis, the school principal declares war and vows to bring "Harry" to justice for broadcasting without a ... more...