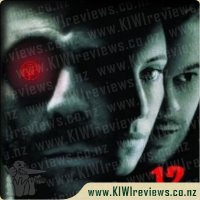 My biggest gripe when it comes to movies set in the future is when they set a date or year for the events that happen in the movie, to me it immediately removes some of the believability of the movie, especially if the date has already been and gone. So, these events are meant to take place in 1990, 1996-7, with Cole (our main character) living sometime in the future.

The world has gone to hell in a hand-basket due to a very nasty virus that was released into the world. The scientists in the future blame a group called the 12 Monkeys and send Cole (a criminal) into the past to find out who etc. and stop them. After accidentally sending him back to 1990 where he ends up in an asylum, they send him to 1996 and he attempts to unravel the answers to it all.

The acting is ok, I don't think it was Bruce Willis or Brad Pitt's best work (though Brad Pitt did win an Golden Globe for his role). There is a good enough mixture of special effects, nothing that blows the mind but good enough that it adds to the film.

I found this to be an oddity of a movie, still good and worth watching at least once, but not one of the best that I've ever seen.

The Dolphin Hotel invites you to stay in any of its stunning rooms. Except one.

Based on the short story by Stephen King, 1408 tells of renowned horror novelist Mike Enslin who only believes what he can see with his own eyes. After a string of best-sellers discrediting paranormal events in the most infamous haunted houses and graveyards around the world, he scoffs at the concept of an afterlife. Enslin's phantom-free run of long ... more...