ProdID: 7715 - Ghost in the Shell
Directed by Rupert Sanders 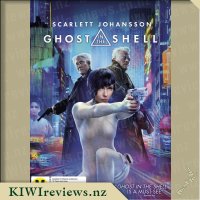 Ghost in the Shell product reviews

As she prepares to face a new enemy, Major Kusanagi discovers that she has been lied to: her life was not saved, it was stolen. She will stop at nothing to recover her past, find out who did this to her and stop them before they do it to others. Based on the internationally acclaimed Japanese Manga, "The Ghost in the Shell." 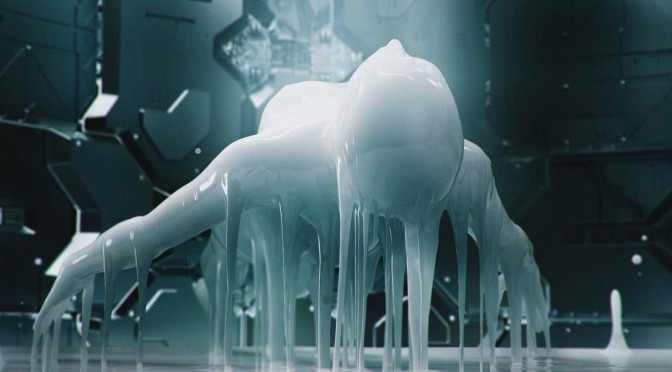 Action movies are usually not my movie of choice, but thanks to KIWIreviews I have been pushing myself out of my movie comfort zone recently and giving a range of genres a go. I received a DVD copy of The Ghost in the Shell in my latest review parcel. One dreary, rainy Saturday night my husband and I sat down to watch it. I thought it would be the kind of movie right up his alley, so wanted him to watch it to be able to contribute to this review too.

In the beginning we get to see the creation of Major, who is played by Scarlett Johannsen. I am not one who knows a lot about actors and actresses and follows who is in what movie, but if you ask me she was perfect to play this role in this movie. She has the image that fits the character well and she acts the role perfectly. The first scene certainly sets the mood of this being a very futuristic movie with lots of computer generated imagery. My husband informs me that Weta Workshops in Wellington had a lot to do with the computer generated imagery and knowing that always makes me interested to see just how good it is. After all, being a Kiwi it is great to support Kiwi work, and Weta Workshops always does a fantastic job.

Beyond this opening scene my interest in the movie was lost. For some reason I simply just couldn't follow the movie. I found myself tuning out as it didn't hold my interest. About half an hour in my husband exclaimed "this is weird" and commented that the movie didn't seem to be going anywhere. Yes we had Major who was a futuristic character who was on a mission to stop the world's most dangerous criminals but what else was the point of the movie? We continued watching it, wanting to give it a review based on the whole movie, but to be honest we ended up wishing we had turned it off after that first half an hour. The movie never managed to capture our interest and we felt it was lacking a real plot or point to the story. Knowing that the movie was based on an internationally acclaimed Japanese Manga I would be interested to know just how close to the original manga it was.

This certainly isn't a movie we will be recommending to others, but it would be interesting to see what someone who likes this type of movie thinks.

Ex-smuggler Chris Farraday (Mark Wahlberg) gave up his criminal ways long ago. But, he's forced back into the game after his brother-in-law, Andy (Caleb Landry Jones), botches a drug deal for a crime lord (Giovanni Ribisi), leaving Chris to settle the debt. With the help of his best friend (Ben Foster), Chris assembles a team to run to Panama to retrieve a fortune in counterfeit bills. When things go awry, Chris must call on his rusty skills to complete the task before his family pays the price.