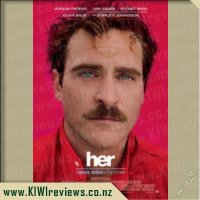 In this high stakes thriller, Adam Cassidy (Liam Hemsworth) is trying to get ahead at Wyatt Telecom. After one costly mistake, CEO Nicolas Wyatt (Gary Oldman) forces Adam to spy on a competitor, run by his old mentor Jock Goddard (Harrison Ford). Wyatt will stop at nothing, even murder, to gain a multi-billion dollar advantage and it isn't long before Adam realised he's nothing more than a pawn in his boss' dangerous game.