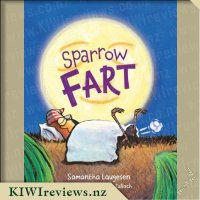 Disclosure StatementFULL DISCLOSURE: A number of units of this product have, at some time, been supplied to KIWIreviews by Luke the Pook Books or their agents for the purposes of unbiased, independent reviews. No fee was accepted by KIWIreviews or the reviewers themselves - these are genuine, unpaid consumer reviews.
Available:
November 2022

"Excuse me little bird,
I'm trying to find
The noise that a sparrow makes
From his behind..."

Up at sparrow fart means waking very early in the morning, when it's so quiet you can hear the sparrows farting gently in their nests.

But what DOES a sparrow fart sound like, exactly?

Join Tom on his early morning adventure to find out!

Illustrations are by Scott Tulloch 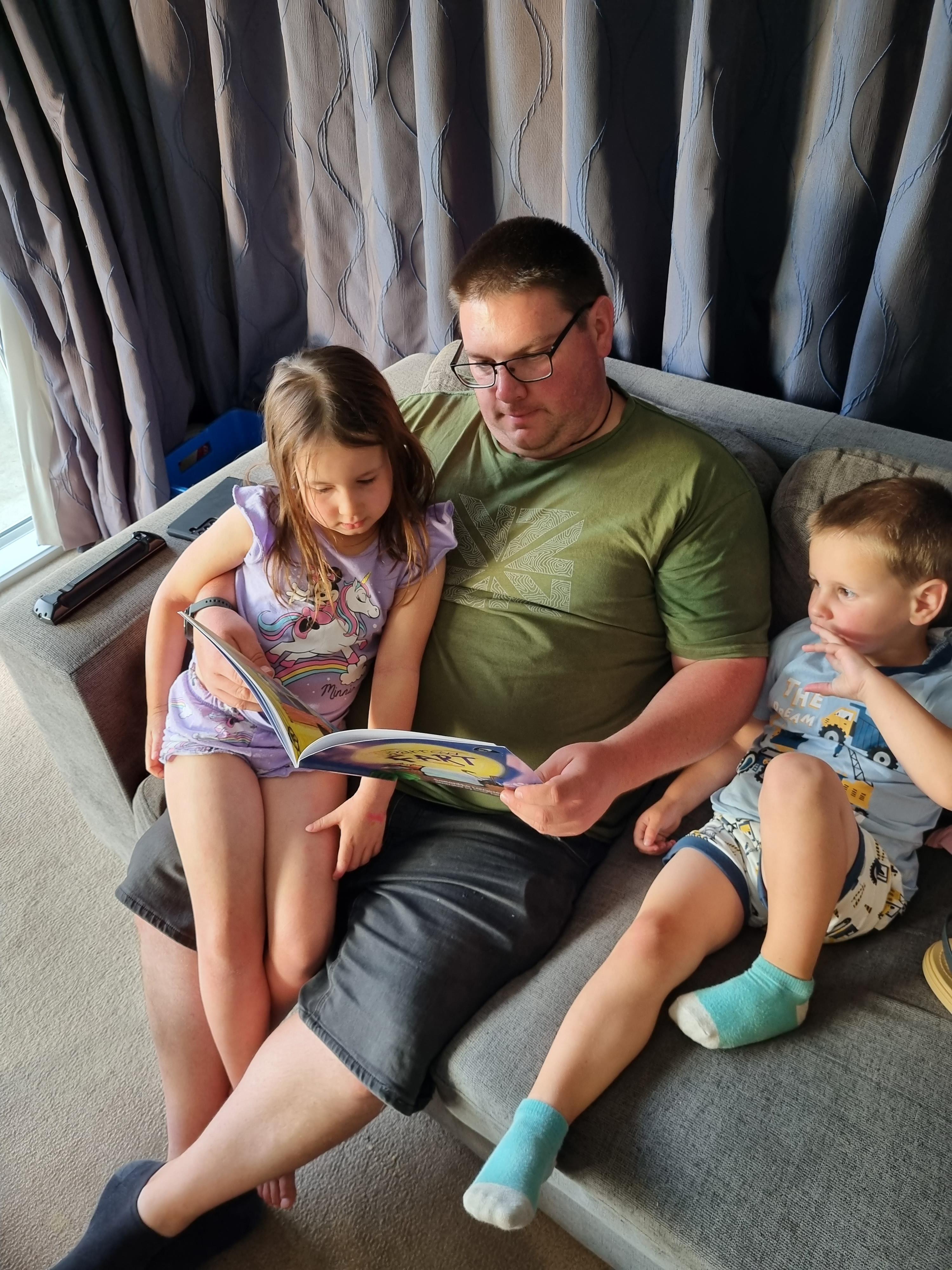 If anything is bound to catch the attention of a pre-schooler (and older kids as well!) it is the mention - or the sound - of a bodily function like farting. Although it is perfectly normal to break wind, for some reason it is a source of incredible hilarity for children. Possibly the fact that it is seen as inappropriate in polite society, meaning there is an inherent naughty aspect to farting and then drawing attention to it, ensures that the laughter is integral to the event. Whatever the reason, the children's father giggled his way through the book just as much as they did! Even mum was laughing as she listened in.

Miss Five was able to read some of the words herself, but the constant repetition in the text helped the children to read along anyway. In no time at all they were reading out the first part of each page so that dad (or mum) could reply in the voice of each bird. When they got to the last page each time, they enjoyed yelling to Tom to go back to sleep! Mr Three quickly decided that the sparrow looked a bit grumpy, reminding him of his own parents when he wakes up too early. He announced that from now on he would go back to sleep again when that happens, although the family is still waiting to see that resolution being applied!

The words used in the book are perfect for those learning to read. The difficulty level strikes a fine balance between challenge and frustration - too hard and the child will give up, but a reasonable amount of new language will stimulate the child to assimilate it in the context of the story. A useful technique was the highlighting of repeated words. Miss Five very quickly learned to recognise them and was able to join in the reading each time they occurred.

The graphics are delightful, with each bird's fart depicted as a little cloud, some with an appropriate word written in the middle. These are all words a child might use to describe his own farting, like "toot" or "pooo" or just "oh". For some of the birds, the sounds are similar to those the bird might utter anyway, like "hoot" for the owl. However, Tom's quest to find out why "at sparrow fart" is a common phrase, and what sort of farting noise a sparrow makes anyway, is not really answered. The sparrow does not admit to farting at all; he simply shouts out the order to go back to sleep. The children are still wondering!

"New Zealand is a land of birds,
from North to Stewart Island.
They are found in all the forests tall,
in parks and swamps and dry land."

This beautifully crafted book features many kinds of birds, from the mighty albatross to the shy kakapo and kiwi to the much-loved tui, all of which make their homes in diverse habitats. Less celebrated birds such as the mallard, pied stilt, and shag are also included.