Home > Categories > Books > Kids - Preschool > Out in the Moana review

ProdID: 8982 - Out in the Moana
Written by Yvonne Morrison and Jenny Cooper 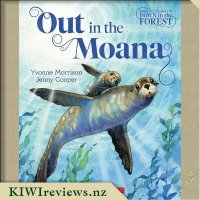 Disclosure StatementFULL DISCLOSURE: A number of units of this product have, at some time, been supplied to KIWIreviews by Scholastic (NZ) or their agents for the purposes of unbiased, independent reviews. No fee was accepted by KIWIreviews or the reviewers themselves - these are genuine, unpaid consumer reviews.
Available:
October 2021

Out in the Moana product reviews

"Out in the moana,
underneath the sparkling sun,
lived a mother sea lion
and her little pup one."

This is a catchy and playful retelling of the much-loved traditional story, Over in the Meadow. Like the original, it traces the story of the various babies who live in our oceans as they learn their survival skills from a loving parent.

The text is written by Yvonne Morrison. The vibrant illustrations are by Jenny Cooper. 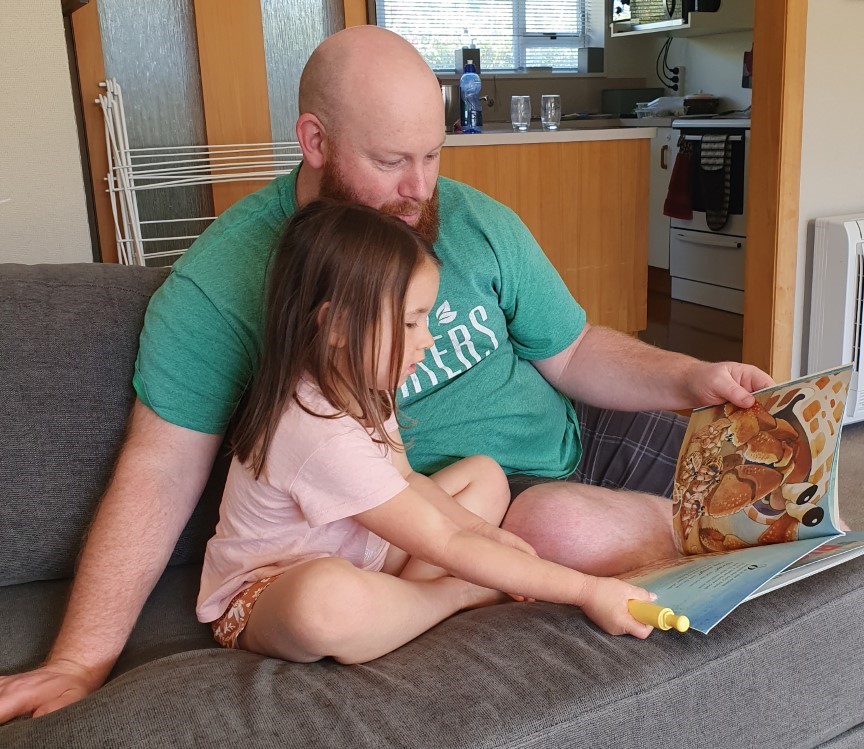 Counting is a fun activity for all pre-schoolers, and even for those who are in their first year or two in the classroom. There is a great deal of fun involved in stressing the number just before the last one, and making a sing-song rhythm to fit. This book combines counting with some nature study, looking at some of the creatures that live in the oceans around Aotearoa New Zealand. Right from the very start, the children were captivated by the artwork - the cover gives an indication about what the content might be, along with the word "moana" in the title which situates the story perfectly in the South Pacific.

Mr Three enjoyed counting the babies on each page. He recognised some of the sea creatures, and was keen to learn about the new ones. He quickly picked up on which number was coming next, and was soon able to point to the words that represented the numbers as well. The rhymed structure helped as well because he was able to memorise sections of the text after several readings. His favourite babies were the moray eels. At first, he said they were crocodiles, but later he was less sure. However, he thought they looked a lot scarier than the regular eels he is used to seeing at the local pond.

Miss Five is at the "that's sooo cute" stage that all little girls (and some boys!) seem to go through. It is an age when babies hold great appeal for children, whether those babies be animal or human. Her favourite was the Hooker's sea lion pup, which also features on the cover with its mother. However, she enjoyed reading about all the other creatures as well. When her uncle came to visit, he was coerced into reading the story to her many times over. Luckily, he enjoyed the story too! Miss Five studied each animal's learning challenge and repeated it as each page was visited. Sounds of snapping, fishing, leaping, swimming, and all the other actions echoed around the house as the story progressed.

Since the sea creatures that are the stars of the book are all to be found in the waters around Aotearoa New Zealand, it is appropriate that their Maori names are included along with the English versions. A section at the end of the book identifies each one, and gives a little background information. The one that intrigued me was the Maui dolphin - although they have only one calf at a time, they may have an older calf with them as well so it appears that they have two babies. I did wonder why one was quite a lot bigger than the other. Now I know! And just for interest, my own favourite is the seahorse. This is a unique species that relies on dad to do the parenting rather than mum. How is that for gender equity? As Miss Five would say, Sooo cute! 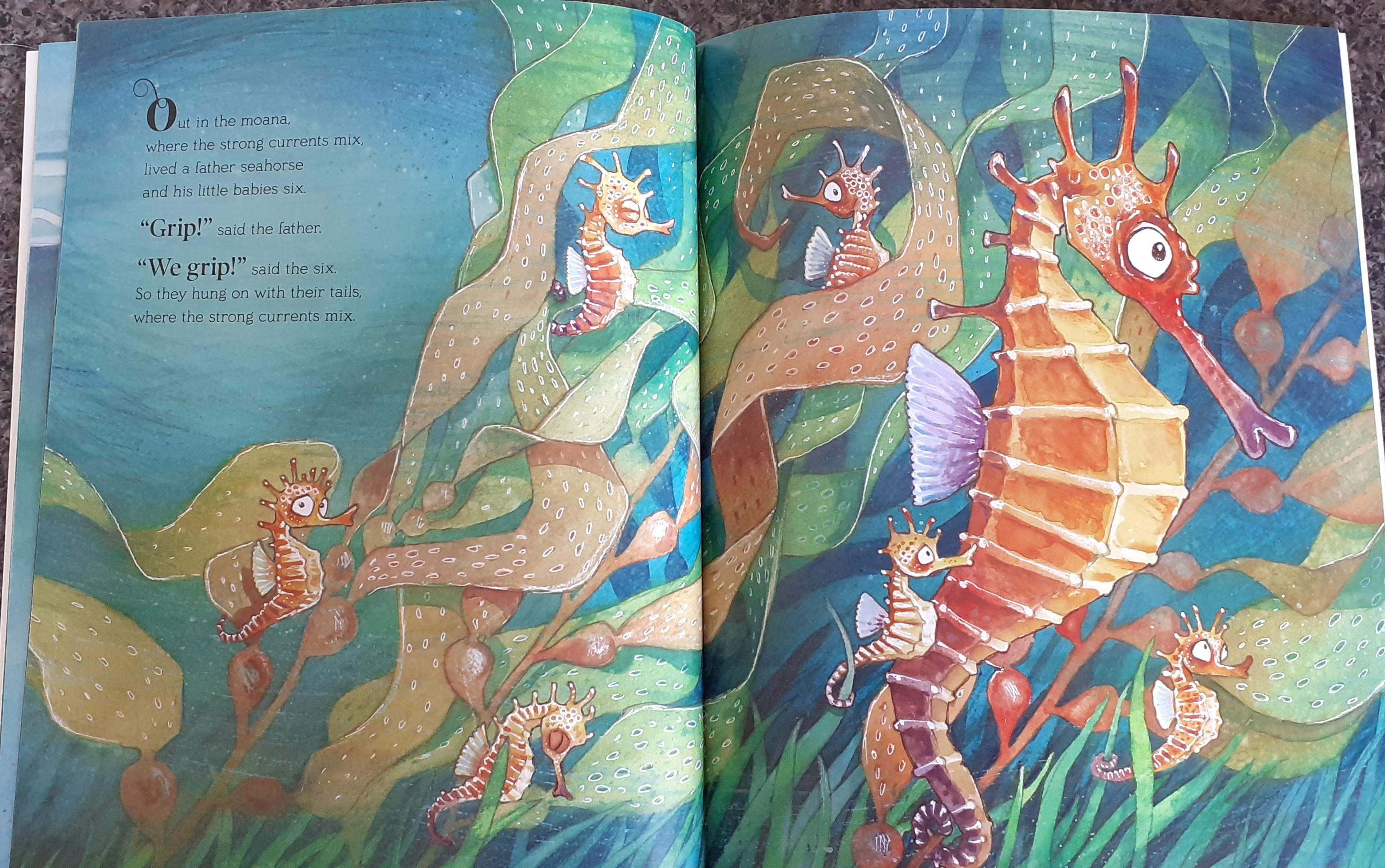 Out in the Moana is a delightful counting, under-the-sea adventure about a number of marine animals. It features beautiful illustrations by illustrator Jenny Cooper that are both cute and humourous. The book is a traditional counting rhyme that showcases New Zealand ocean-dwelling species such as sea horses, moray eels, Maui dolphins, and little blue penguins.

The book starts off with a sea lion and her cub - both featuring adorable puppy dog eyes. There is a Maui dolphin with two babies, three little blue penguins right up to ten octopuses. There aren't lots of words but the stunning illustrations enhance the story perfectly. I particularly liked the double spread at the back of the book where each creature has a box of information about their birth and their Maori name. Although I thought this may be a bit young for my 11-year old daughter, she read through it and laughed at some of the pictures. She also found the back information interesting and I caught her on more than one occasion trying to pronounce the Te Reo translations.

This is a classy book that would make the perfect gift for younger children that are keen to learn about the sea life around New Zealand and count all the animals.

Brian is a piranha. He is also a vegetarian. But do you think he can convince the others to join him.