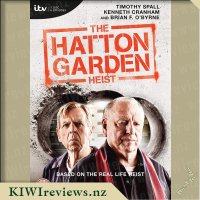 Disclosure StatementFULL DISCLOSURE: A number of units of this product have, at some time, been supplied to KIWIreviews by the company for the purposes of unbiased, independent reviews. No fee was accepted by KIWIreviews or the reviewers themselves - these are genuine, unpaid consumer reviews.
Available:
on AcornTV

The Hatton Garden Safe Deposit heist during the Easter Bank Holiday weekend of 2015 captured the attention of the British public and media alike. A fascinating insight into the true events of the Hatton Garden jewelry heist and its aftermath, Hatton Garden tells the story of the largest burglary in British legal history. 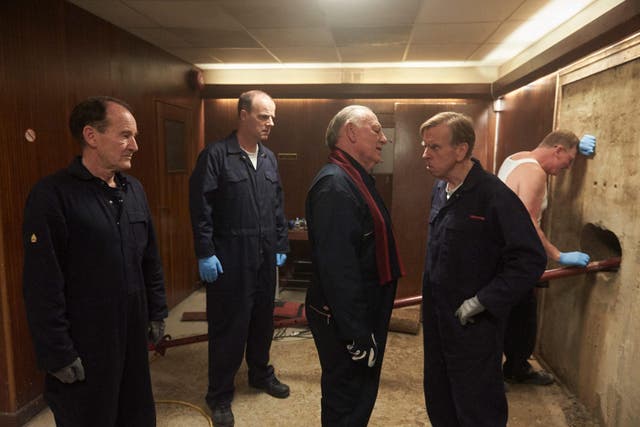 Heists have always been a fun genre of film, where the audience gets to enjoy the intrigue of committing a significant crime. Often overly convoluted plans carried out by super suave and charismatic individuals that carry out heists for the thrill of succeeding more than the actual financial gain. The Hatton Garden Heist, on the other hand, puts together a different scenario entirely. Instead of fit, young, and charming individuals getting together, this is a very simple heist conspired by a crew of geriatric men. A complete flip on the usual expectations, this four-part mini-series piques the curiosity further as it is based on true events that occurred six years ago.

The ability to carry out a heist in this modern technologically advanced day-and-age with a crew that barely have the physicality to tie their own shoes, have to monitor their sugar intake, and have trouble going to the toilet, is an exceptional task, and forms a very gripping first few parts. The reality of the situation is a much simpler affair than what Ocean's 11, Mission Impossible, or The Italian Job would lead you to believe. It's the simplicity that highlights the exquisite work that the series writers Jeff Pope and Terry Winsor have put into building up the characters of Kenny, Danny, Brian, Basil, and Terry.

It's the brilliantly grounded way in which these characters move and react with each other that builds a solid history between characters from the smallest of interactions. The apathy, irritation, and varying levels of respect and loyalty between each person creates an incredibly authentic team of criminals. What is also very well put in place, is the focus on their familial commitments and health issues as a manner in which to bring the audience to empathize and sympathize with the crew. While our attitude towards each member changes over time, it all serves in creating an engaging story; regardless of whether we want them to succeed or fail.

It all together creates a well-written mini-series. A realistic tone set up with suitable cinematography, and a rabble of not-necessarily-likeable-but-understandable-and-relatable characters. Granted this is my first time learning about the Hatton Garden Heist, but it was certainly a gripping tale.