This is Where I Stand review

ProdID: 8812 - There's a Bear in the Window
Written by June Pitman-Hayes and Minky Stapleton 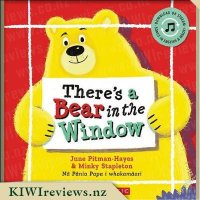 Disclosure StatementFULL DISCLOSURE: A number of units of this product have, at some time, been supplied to KIWIreviews by Scholastic (NZ) or their agents for the purposes of unbiased, independent reviews. No fee was accepted by KIWIreviews or the reviewers themselves - these are genuine, unpaid consumer reviews.
Available:
March 2021

There's a Bear in the Window product reviews

"There's a bear in the window of the house on the farm. It's wearing gumboots and has a sore arm!

"I wonder what I would see, if I were that bear and that bear were me?"

Do you have a bear in your window too? This story and song in both English and Te Reo Maori celebrates the great teddy-bear hunt that entertained thousands of children during lockdown in 2020.

The story is written by June Pitman-Hayes and translated into Te Reo Maori by Pania Papa. Minky Stapleton provides the vibrant illustrations. The song can be downloaded or streamed so that children can sing along.

The pandemic that hit us in 2020 has seen a few books come out once publishers saw a demand for books about Covid19 that would be suitable for young kids to read. Our NZ publishers are no different and here we are with There's a Bear in the Window. The shop I work in had the privilege of hosting yet another book launch for June Pitman-Hayes and thus I got to hear her live, singing the book to her small audience (I note that now you can download the song, instead of a CD, though I couldn't see the handy info on where to go to do this). This picture book is based on when people were encourage to place teddy bears in their windows for young children (and young at hear) to spot while going for walks in lockdown.

There wasn't anything about this book that had me thinking that I needed to own a copy for any possible grandchildren to read down the track, but I appreciate its aim to the children of NZ. The illustrations are fun and bright, with things to spot and I like that they are all different styles of teddy bear, interacting different ways. The book also has the words in Te Reo, perfect for those wanting to learn. At the very end of the book is a spot to draw or place a photo of your own window teddy bear, where it can join the other photos featured on the page (ours ended up in the tree, and is still there today). A nice little picture book, could be a fun little way to remember the great bear hunt of 2020. 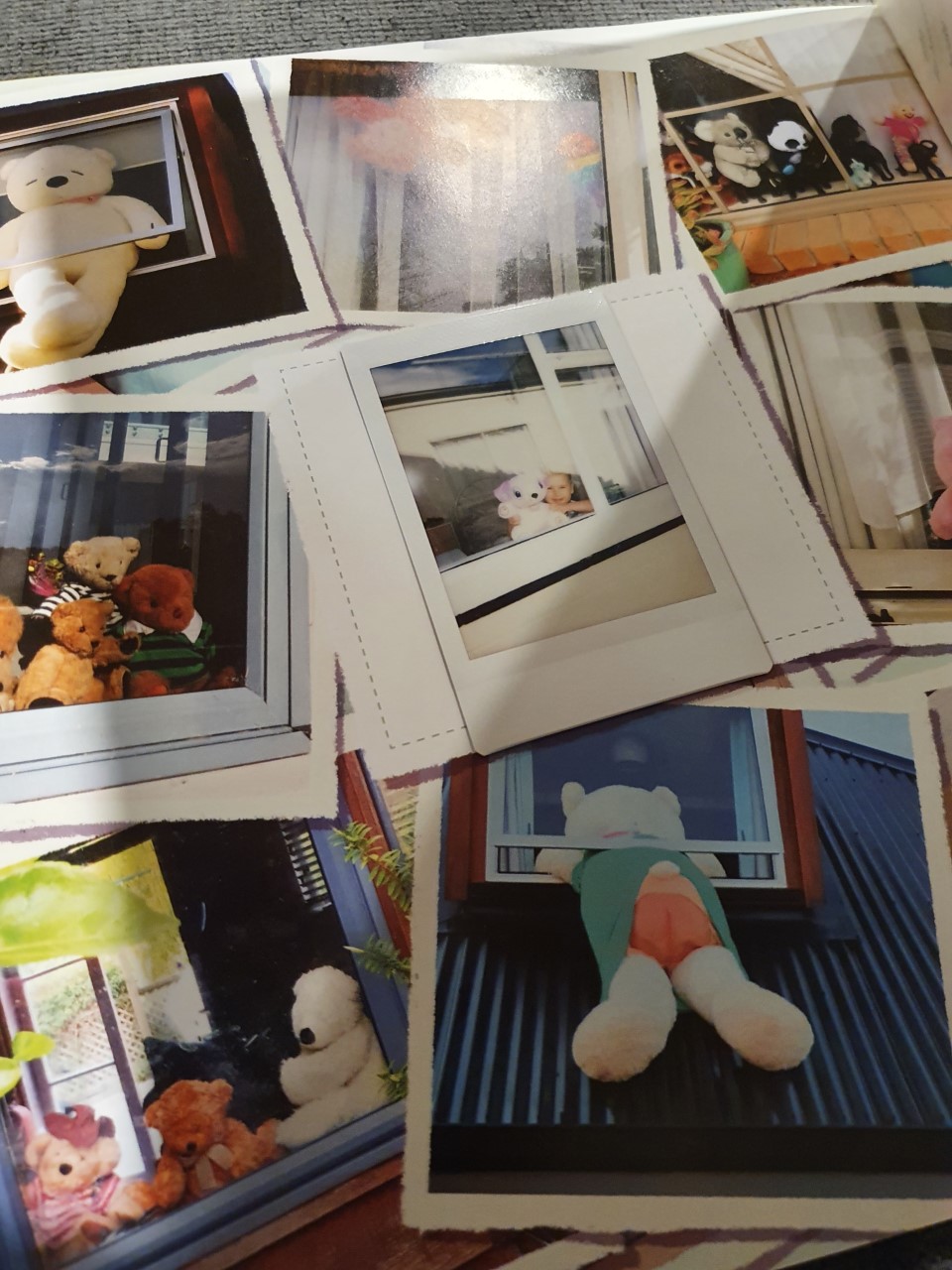 Bears were a special part of the big 2020 Lockdown, not only for children, but for older people as well. Little ones could not understand why they had to stay home, so having a routine that involved placing the bear in a window and checking each day if he could see out properly helped to normalise things a little. Miss Four and Mr Two knew all about window bears, and were enchanted to get their own book about some of them. We all liked the collage of different bears at the end of the book; there was a space for a child to add his or own picture, right in the middle of the rest! What a wonderful idea; this was something that made the story even more personal.

Right from the start, the children were excited about the book. Their parents had been sure this would be the case, and they were quickly proven right. The repeating phrases were easy to remember, and it was not long before they were both joining in as they listened to the story or just sang along to the streaming version. They responded to the creative use of colour throughout; each time a colour was mentioned, the word was printed in the same colour - a great way of introducing little ones to reading. It was also useful when they switched to the Maori version because that is something they are still learning. Miss Four knows most of the colours in Te Reo but Mr Two was a bit lost at first. Of course, the glossary at the back was helpful - mum and dad admitted to learning a few new words as well.

There was some debate as to whether Miss Four should draw a picture or use a photograph to add to the collage; in the end she opted for the latter and it was stuck in place with much ceremony. During Lockdown, she and her brother had actually added several bears to their front window. Why use one bear when you could use half a dozen? But for her picture she chose just one bear so that it would stand out on the page. Again, this called for decisions as she decided which one should be the star.

I liked the way the story was presented from the bears' point of view. It was also a nice touch that the bears reflected the diversity they would see in the community; they had fur in various colour combinations and wore different items of clothing like gumboots or jandals. One had its arm in a sling, and another one was enjoying a picnic! All of this gave the children a different perspective on the world outside. It was a sweet and non-threatening way to convey the meaning of a lockdown to very young children. Once the pandemic is finally beaten, there may be copies of the book kept for those who are children now to show their own children one day just what life was like when they could not go out to play.

For a hundred generations the city of Deepgate has hung suspended by chains over a seemingly bottomless abyss. In the darkness below is said to reside the dread god Ulcis with his army of ghosts. Outside the city extends the barren wastes of Deadsands, inhabited by enemy tribesmen, and safe access is guaranteed only by airship.

At the hub of the city rises the Temple, in one of whose many crumbling spires resides a youthful angel, ... more...