« Tales of Aotearoa - 3 - Maui and the Secret of Fire review

ProdID: 8717 - Ernie and the Magic Kennel
Written by Robert Rakete and Jeanette Thomas 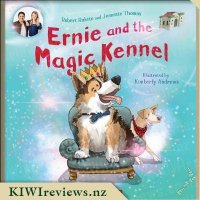 Disclosure StatementFULL DISCLOSURE: A number of units of this product have, at some time, been supplied to KIWIreviews by Scholastic (NZ) or their agents for the purposes of unbiased, independent reviews. No fee was accepted by KIWIreviews or the reviewers themselves - these are genuine, unpaid consumer reviews.
Available:
October 2020

There, inside the kennel, Ernie sat upon his chair.
And oh, so proud, he read aloud: "Adventures start right here!
This kennel's full of magic," read Ernie with delight.
"In this you'll fly, up in the sky. Get packed, you leave tonight!"

Join much-loved radio hosts Jeanette Thomas and Robert Rakete with Ernie, Benny, and a colourful cast of adorable doggy pals on a magical journey of family and friendship around the world. Illustrations are by Kimberly Andrews.

All author proceeds from the sale of this book are being donated to the Saving Hope rescue dog charity and the DUFFY books in homes charity. 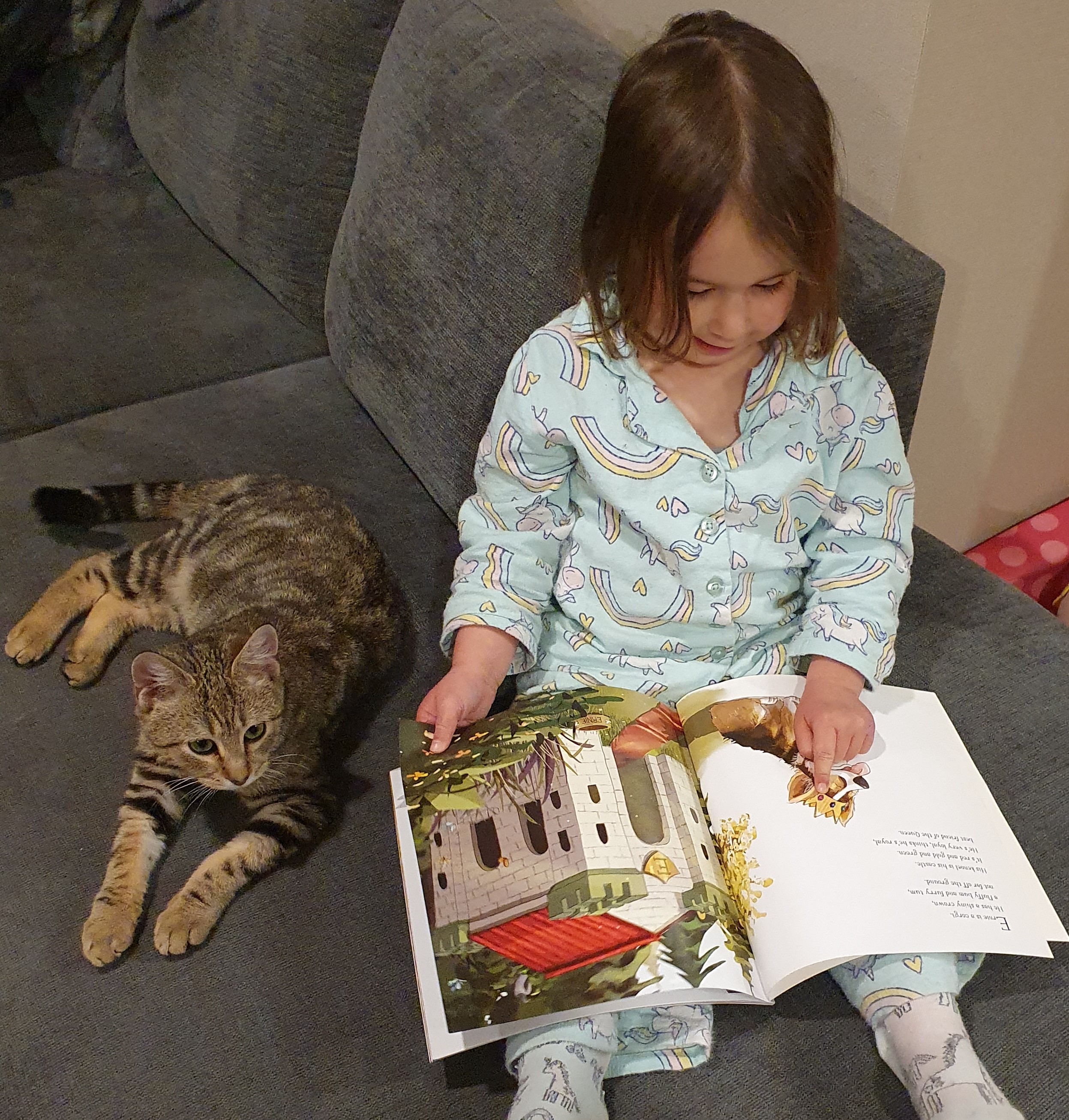 Miss Four and Mr Two are both crazy about dogs. Their grandparents have three, and the children like nothing more than to visit them so they can play with the animals. Before they had so much as opened this book, Miss Four was thrilled to see the sparkles on the front cover - she loves pretty things, the shinier and the more colourful the better, so she was most excited. But then, when she realised that the story was actually going to be about a group of "doggies", her excitement was complete. What a treat this would be!

The two children settled down to listen to the story. As each dog joined the travellers, they both repeated their names. Miss Four is at a very inquisitive stage and wanted to know everything about the unfamiliar things like the Louvre and Uluru, and why St Bernards wear a barrel around their necks! There were several interruptions to the story to make sure that she understood all the references - not only the children, but also their parents, learned some new things in the process.

While Mr Two was not so concerned with the finer details, he enjoyed looking at all the pictures of the dogs and barking at them! After the story was finished, he looked at the pictures again so he could bark some more. Miss Four, being far more grown-up, was more into the story and "read" it several times to herself before discovering a captive audience in the cat, who was only too pleased to co-operate.

The illustrations are delightful, colourful and easy for small children to understand. As for the story, it is fun to read because the rhyming text makes it easy for little ones to join in. There are a couple of smiles for the adults too as the Queen makes an appearance (well, the lower half of her body does). However, Ernie has his royal castle too - his kennel - and although his home is magic and can transport all the doggie friends around the world, at the end of the day it is just his home.

There is a valuable lesson for the dogs as they learn that everyone is special in his or her own way, and that Ernie's friend Benny, who has no pedigree, is just as important as a corgi or a poodle with a family tree that goes back for centuries. It is a lovely way to explain individual worth to small children who are still learning about mutual respect and tolerance for one another.

The last influenza pandemic the world faced was in 1918, when the deadly "Spanish Flu" spread around the world. Part of the popular "My New Zealand Story" series, "Pandemic" is the fictional day-to-day diary of 11-year-old Freda Rose, who is looking forward to the return of her brother Bobby from the Western Front. Little does she know that something else is on its way from battle-scarred Europe: a disease that will soon prove more devastating ... more...