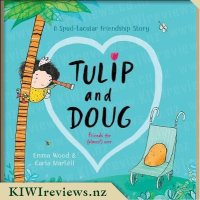 Tulip was famous in her neighbourhood for two reasons. She was a fearless adventurer, and she went everywhere with a seriously strange sidekick - a potato called Doug!

Tulip and Doug were inseparable until catastrophe struck and Tulip lost her best spuddy buddy. She was inconsolable until she made a new friend. A boy who had a pet rock called Susan!

This heart-warming tale shows that friendship comes in all shapes and sizes.

Tales of the Blue Jade 2 -The Mapmakers Apprentice
Rating: 10.0

Thanks to Tulip and Doug, my 9-year-old daughter now has a pet potato called Spuddy! Not only that, but she has also made him a pushchair, pram, and bed out of LEGO so that he can relax in style, which gives you some indication of how well-received this book was. Tulip and Doug is a delightful story about Tulip's friendship with a potato called Doug. Tulip loves to play with Doug and ignores kids that laugh at her until one-day catastrophe strikes and Doug goes missing. My daughter loved the book and after we had read it together, she took it away and read it some more.

Tulip and Doug is ultimately a story of an unlikely friendship between a girl, a potato, a boy and a rock. After my daughter's reaction to the book, I thought I would read it to my Year 5/ 6 class as it made a great 10-minute filler. The 9 and 10-year-old kids loved it and laughed at the illustrations, although one student was concerned that Doug appeared to be eating a fellow vegetable on one page! They were in hysterics when they saw Doug with thick patches of brown hair and nobbly bits and all showed concern (OK, there were a few sniggers) when Tulip's dad suggested Doug may need to take a solo expedition to the compost bin.

When we got near the end, I asked the children to predict what would happen next and they all thought that Doug would come back (I won't spoil it for you by saying if they were correct or not). After reading the book we talked about being different, being resilient, and being kind to others which opened up a great discussion. Although this spud-tacular friendship story may be aimed at younger children, all my students thoroughly enjoyed it and it was a great 'teaching aid'. Thanks to Tulip and Doug I now have to find Spuddy and take him on his own solo expedition... 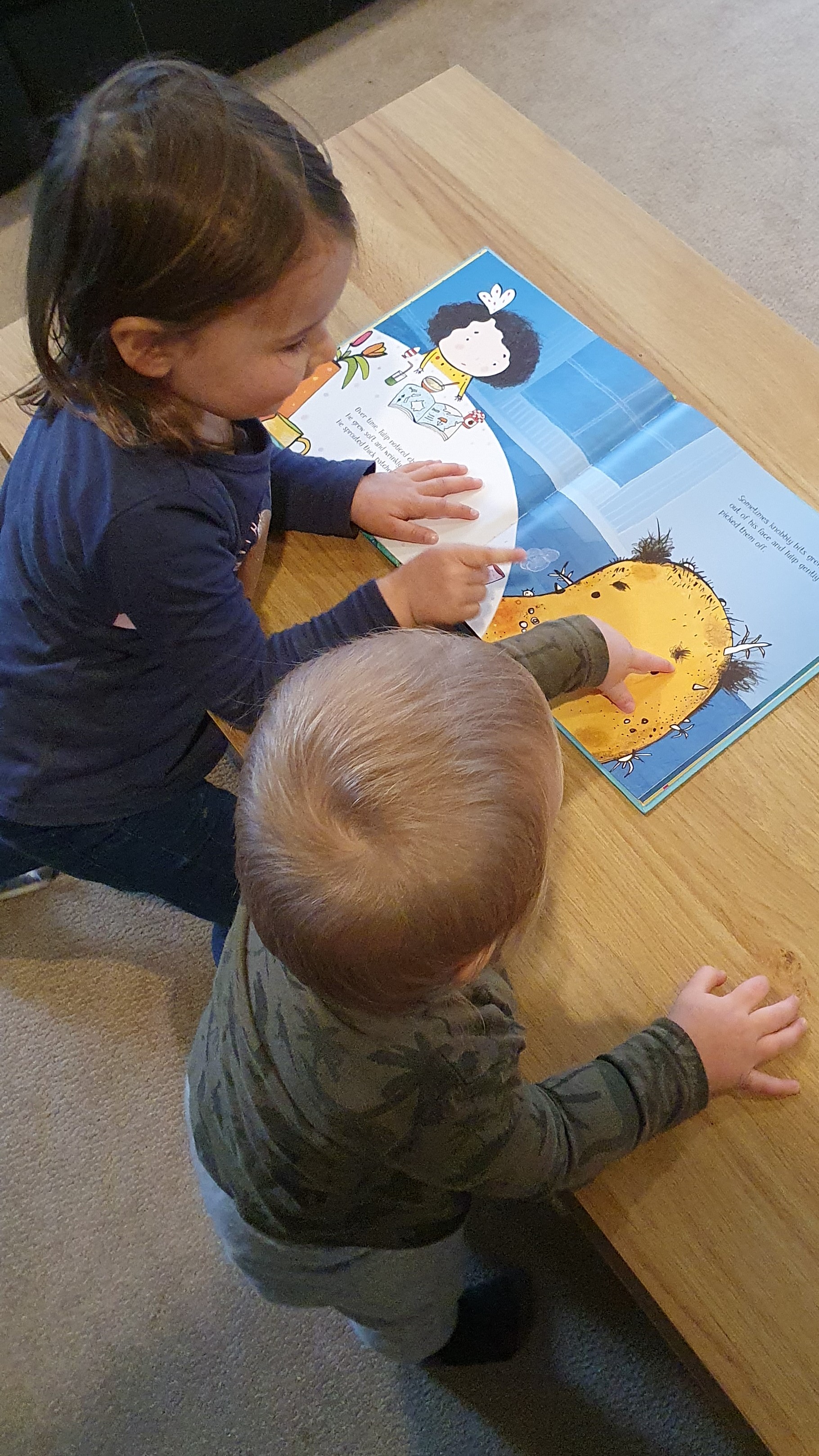 Miss Two and her little brother, Mr One, loved this story. It has big, bold illustrations which have appeal even for the youngest child. Even the endpapers have a jazzy, multicoloured dot pattern which made the children smile. There is something precious about listening to a very small child "reading" to one who is even smaller, both of them totally engrossed in the story. Once it had been read to them several times, Miss Two knew the story pretty well by heart and the pictures prompted her to remember all the details. No matter that some of the words were her own; the gist of the narrative was well and truly there,

Children do get attached to inanimate objects, and these are not just soft toys or dolls - they can include all sorts of items like foods (like the potato in this story), rocks (like Susan, again in this story), or even items of clothing or everyday tools. When one of my own children was small, he was so attached to a hand-crocheted blanket that he would stand under the clothesline whenever it was washed, waiting patiently for it to dry and guarding it in the meantime in case someone stole it! Miss Two even had her own potato at one stage, grown in her grandmother's garden.

The length of the book is perfect; just right for a two-year-old attention span, and with the right ratio of text to graphics. She reacted with varying emotions to each event - she loved the idea of Doug and Tulip being friends and staying up late to plot missions; when Doug could not be found, she was sad; when Tulip was invited to play with Susan, she was delighted. Other children laughing at Tulip's friendship with Doug did not faze her at all; she was secure in the relationship. This is a nice subtle message for all children about valuing their friends for who they are and not being swayed by others' judgmental attitudes.

As an adult, I was interested in the author's decision to name the two "friends" (Doug the Potato and Susan the Rock) but not give the boy who was Susan's friend his own name. It was as if the humans in the story were less important that the inanimate friends - a unique story-telling technique. This took the focus off the friendship between Tulip and the little boy, and highlighted the importance of Doug and Susan in their lives. The implication is that Tulip and the boy would eventually become friends too, but this was secondary to the main idea.

Finally, it was good to see that this book has been issued in hard cover format. Careful though they may be - Miss Two and Mr One are very much into books and have been taught to handle them appropriately - accidents do happen, and a soft cover book is far less durable. Since they are enjoying it so much, it will be good to know that it will last them for some time to come.

Christmas Catastrophe - surely a little skiing couldn't hurt a rodent, right? Wrong. Mouldy mozzarella! When my ski trip landed me in the hospital, I was sure it was going to be the worst Christmas ever! But my family and friends had something else in mind...