The Ghouls of Howlfair review 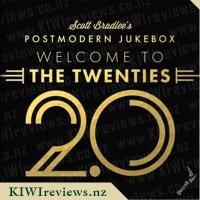 To usher in the upcoming Twenty-Twenties, Postmodern Jukebox - the famed time-twisting musical collective - will circumnavigate the globe and prepare the world for a new decade with their Welcome to the Twenties 2.0 Tour.

Postmodern Jukebox creator Scott Bradlee hopes this new decade will see a return to the style and craftsmanship that typified the music of past generations. "Last time around the 'Twenties gave us Jazz, America's one true art form. Who knows what is possible in the 2020s?" says Bradlee. "One thing that is for sure is that there are a lot of folks that are tired of the clickbait headlines, mindless reality TV, and smartphone addiction that has only served to divide people in the last decade. We're using our small corner of the pop culture space to tell people to forget their troubles, and come join us for a night of celebrating true musical talent and timeless style - live and in real life."

Postmodern Jukebox's Welcome to the Twenties 2.0 Tour will host official Twenties 2.0 initiation performance parties in nearly 250 cities all around the world.

Started by Scott Bradlee in 2009, Postmodern Jukebox (PMJ) have, for the past half-decade, toured the world, playing hundreds of shows to sold-out houses on six continents. They've also performed on shows like "Good Morning America," topped iTunes and Billboard charts, and caught the attention of NPR Music, NBC News and a wide array of celebrity fans. 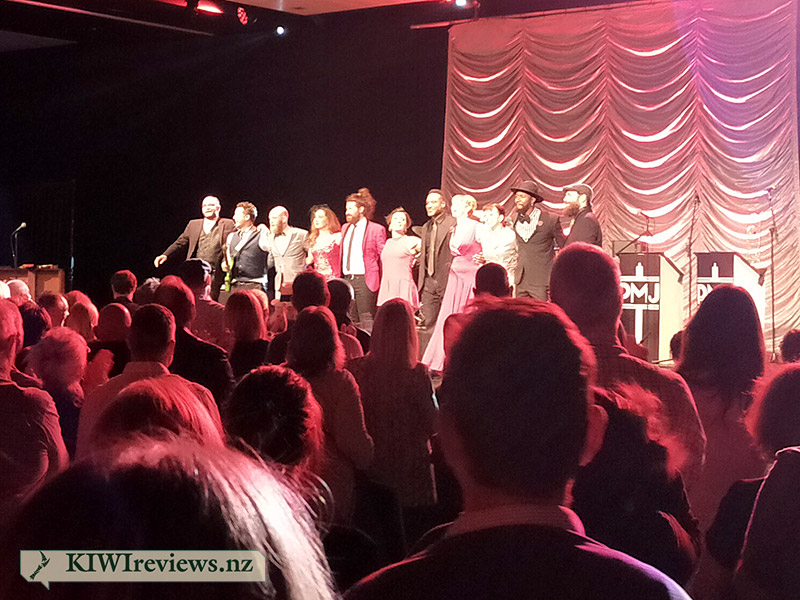 I was fortunate that this tour was making a stop in Hamilton, because I couldn't get to any of the other shows. The fact the tour added Hamilton made me very happy, because I have seen many of the collective's songs online and really wanted to see how the live show stacked up. I am very pleased to say, it did a great job!

Arriving at the venue, I was taken by how many people were dressed in 20's attire, ranging from bar-room casual to dinner-party formal, and the stage being set up like a 20's era bandstand really enhanced the feel of stepping back into an alternate history. As the cast filed on stage to enthusiastic applause, the opening riff of "Our love will go on" kicked in, and the audience was soon clapping along. This may sound odd, until you are reminded that this collective takes new songs and remaps them into new styles and genres. This was NOT the classic Celine Dion song you are aware of.

Hannah Gill was, by far, the spotlight of the performance for me. While Aubry Logan and Robyn Adele Anderson gave performances that were top-notch, Hannah's style really resonated with me - her voice just seemed to pitch better for the space and it came through a lot clearer and warmer where I was sitting. A note must be made that Demi Remick is one heck of a tap dancer, and her participation in many of the songs added a well-thought-out compliment to the other performers. He tap-rendition of the Mario theme was an instant hit.

The only slight flat note for me was the MC - Casey Abrams. His Australianised opening intro did him no favours - it brought home that the NZ shows were simply an add-on to the Australian tour - and his rendition of Africa by Toto was not as well-received by the audience as the rest of the performance. Personally, I didn't really like it much - I found the tempo and timing to be too close to the original to really be a unique version, despite the attempt to pep it up a bit.

Some of the songs that really impressed and entertained include Aubrey's version of "Benny and the Jets" by Elton John, plus Hannah's renditions of "Crazy" by Gnarles Barkley and "Habits" by Tove Lo. Hannah and Aubrey also did a great duet of "Feel It Still" by 'Portugal. The Man' which had the house enthralled.

The whole ensemble piled on stage to offer a revisiting of "What is Love" by Haddaway which had everyone in the audience up off their seats and joining in, but it was "Creep" by Coldplay that was the undeniable audience favourite. While Haley Reinhart's version on the PMJ Youtube channel is my personal favourite, this offering was a brilliant and close second place for me, and a hit for everyone I could see standing.

Overall, this is a stunning show, with plenty of solos inserted to add extra texture and uniqueness to familiar songs. There were some great moments of comedy, which kept the audience up-beat. The biggest challenge was trying to pick each song before the chorus kicked in and made it obvious. Even a very familiar song in a new style and speed can be hard to recognise at first. I now regret it took me so long to appreciate the collective's style and talent. Being told that this was far from the first tour of NZ for PMJ, I now have that remorse at not getting to them sooner and experiencing the live performances from previous tours. You can bet I'm going to be booking my tickets for the next tour as soon as I hear about them, and have plans to binge-watch their entire channel at some stage very soon!

The streets of Auckland City had been shut down and Aotea Square and Queen Street were absolutely jam-packed with celebrants of the Diwali festival. But even a large free festival like Diwali wouldn't steal the thunder from this event. After fighting my way through the mobs to reach the Auckland Town Hall, I was met with a new mob, dressed in a distinguished manner; bowties, suspenders, and cocktail dresses abound. With a Great Gatsby theme for the evening, the patrons were enjoying a glass of wine and comparing their outfits to those around them before heading into the hall.

As would be expected for a posh Gatsby-affair, the floor was not empty, as tonight would not be for pushing and shoving (there were no chances of a mosh pit), but line upon line of allocated seats were set out, leaving plenty of room on the sides for those that wanted a bit more space. As 8 pm came along, the house lights dimmed, leaving the hall bathed in a dark blue as the performers came on stage.

The entertainment for tonight was the Postmodern Jukebox and--with more members than Slipknot--the band cracked into as jazzy adaptation of Celine Dion's 'My Heart Will Go On' with Aubrey Logan on vocals. 11-member troupe consisted of five musicians, five singers, and a tap dancer. The musicians remaining on stage for the majority of the night, the vocalists and tap dancer would switch in and out between songs, each time in a new outfit (even the men were changing their suits).

There were some initial sound issues with the upper balconies not being able to hear the vocals too well, which wasn't helped with the fact that a good 50 people were seated behind the PA system, but with the direction of the host Casey Abrams that people could feel free to stand up, move about, and dance, the audience was free to find a spot with better sound.

Turning pop into barbershop, the crowd were treated to a setlist of new and old songs adapted to the 1920's vintage jazz and swing versions. From the more modern tracks like Keane's 'Somewhere Only We Know', Jet's 'Are You Gonna Be My Girl', and Miley Cyrus' 'We Can't Stop' to older tracks like Elton John's 'Benny And The Jets' and Toto's 'Africa', there was something for everyone, and the crowd had no aversion to standing up and dancing when they recognised a track.

Quite an immersive event, the players on stage would frequently include the audience in clap-alongs, and sing-alongs, and frequently climbed up the stage to perform face to face with those on the balconies. The setlist was well constructed with a mix of slow numbers with the more upbeat tracks, each half of the setlist broken up by jam sessions and solos with the musicians to show off their skills. There were a number of tap dancing numbers too, which the crowd absolutely loved. Phones were in the air, capturing the moments with glee.

After the interval, the set was switched up to have a heavier 1920's influence. This did mean the crowd recognised a few less of the tracks, but the pure vocal talent on display (as well as some seductive outfits) had the audience clamouring over themselves to have their appreciation known, cat-calling, cheering, and calling out opposing views with Abrams sang a particularly stripped-down version of Radiohead's 'Creep'.

There is a definite camaraderie on stage between all the players, and they utilise it very well, moving about on stage, hyping up the audience, you can tell this is just as much about having fun than it is putting on a show, and that excitement and energy carries well to the audience. Closing off the second set with Ed Sheeran's 'Shape Of You' the whole troupe ended up on stage, maxing out the energy running around, dancing, climbing up to the balconies until the song could go on no longer and they peetered away.

The crowd didn't even have time to chant for an encore performance, their frequent standing ovations had said enough, and the PMJ returned to play a couple more tracks before ending the night with Haddaway's 'What Is Love'. A fun night for all ages, with some great musical and vocal performances on display.

Presented by Professor Brian Cox this out-of-this-world voyage of discovery includes the fascinating series Wonders of the Solar System and Wonders of the Universe, as well as a bonus disc featuring nearly 3 hours of special features.

Wonders of the Solar System explains how the laws of physics carved natural wonders across the solar ... more...