« Make Your Own Discovery Bottles review 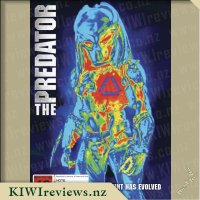 Disclosure StatementFULL DISCLOSURE: A number of units of this product have, at some time, been supplied to KIWIreviews by Universal Pictures NZ or their agents for the purposes of unbiased, independent reviews. No fee was accepted by KIWIreviews or the reviewers themselves - these are genuine, unpaid consumer reviews.
Available:
in stores December 2018

From the outer reaches of space to the small-town streets of suburbia, the hunt comes home. The universe's most lethal hunters are stronger, smarter and deadlier than ever before, having genetically upgraded themselves with DNA from other species. When a boy accidentally triggers their return to Earth, only a ragtag crew of ex-soldiers and an evolutionary biologist can prevent the end of the human race. 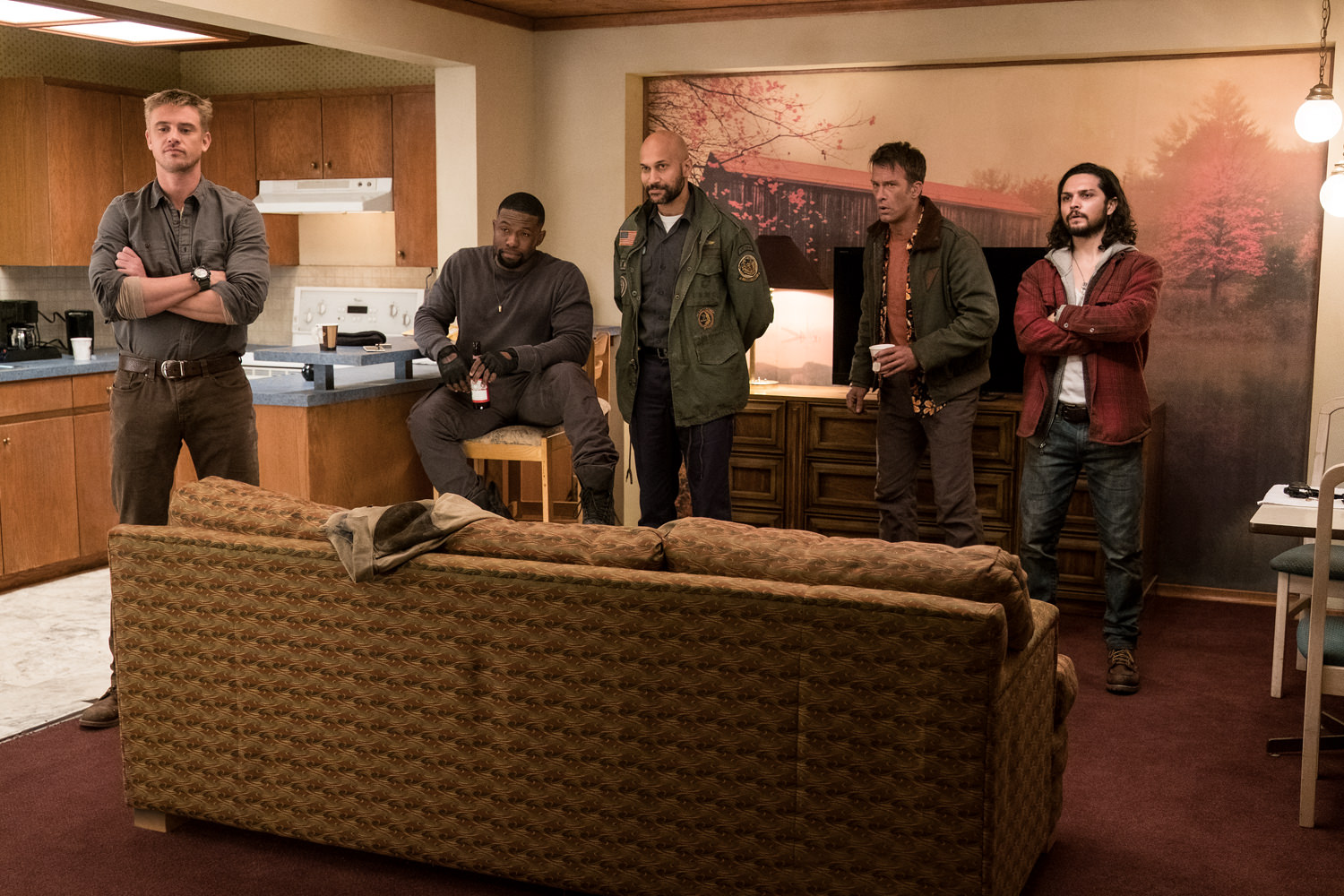 I watched this DVD a week ago, but I'm only writing this review now, because I really haven't been able to figure out how best to talk about this film. Quite simply put, the film has a reasonable first half, but then it loses all sense of what it was trying to do and becomes a hot mess.

There are several plot lines carrying on at the simultaneously, and the movie decides that they are all important and we need to be kept up to date on all of them, so we end up cutting and changing between characters and scenes incessantly. The characters themselves are generally one-dimensional. Here is the "black" guy, the "latino", the "religious one", this guy has tourettes (that's his only thing), the guy that yells out "your momma" jokes etc. It is a ragtag bunch of quirks and one-liners that attempts to force comedy into places it shouldn't be. This is a Predator movie! Can you really have someone genuinely making jokes minutes after watching people die?

The push to add in comedy fails in two ways. The film constantly harks back to the original film, jamming in new iterations of "Get to the chopper", "You are one ugly mother f*cker", "If it bleeds...we can kill it", but it also uses similar humour; mainly constantly making jokes around female genitalia, generally in a now distasteful way (who would have thought acceptable humour had changed since 1987?). These jokes obviously fall flat and feel dated, and considering most of the jokes are coming Thomas Jane's "tourettes" character, it also feels incredibly insensitive. Beyond the jokes failing to get a laugh, it also kills the tension and suspense in the film. Tension and Suspense are the main reason that Predator worked as a film. "Predator" was a Thriller. "The Predator" is an action-comedy, and it doesn't really work.

The film was clearly affected by reshoots, with the film constantly switching between day and night, and much of the dialogue feeling out of order. This does nothing to help sort out the plot, which is as tangle labyrinthine story that is going on. Villains that are actually good guys, good guys that are actually villains, the film has no idea what it is actually trying to do. The predator used to be the ultimate killing machine, and every remake, they keep trying to add "bigger and better" predators that just look like horrible CGI game footage, and ruins the fear that the predator has always brought. The bigger types are laughable, so you can't take them serious, but they make the usual predators look insignificant. And that is without looking at the changes to the lore... The predators have been killing people and ripping out spines to steal the DNA and splice into the next generation to improve the species?? Why would a Predator want the DNA of a species that it has bested in one-on-one combat? Makes no sense.

The film is nothing but one-liners held together by deus ex machina. Oodles and oodles of plot convenience and it kills any interest you really have in the characters. Amazing teleportation skills, dog lobotomies, vomiting special items, magic rain man level autism, the film has the worst writing I have come across in a very long time. The worst part of the plot is the overall goal of MegaPredator 2.0 he wants to steal the autistic child, so that he can use the DNA to give autism to future generations of Predators, because autism is the next step in human evolution...

I would only recommend this film for one reason. If you were planning on having a party and wanted a movie to laugh at. Not because of the intentional comedy, but because of the poor writing, editing, and reshoots, then this could be a goer. A terrible letdown from Shane Black, considering he was in the first Predator film. He should know better. He had so many different aspects that he tried to make work. There are enough aspects that could have been properly fleshed out into 6 or 7 different films. Instead The Predator became the melting pot of poorly executed ideas.

Meanwhile, Hobbs (Johnson) has been tracking an organization of lethally skilled mercenary drivers across 12 countries, whose mastermind (Evans) is aided by a ruthless ... more...