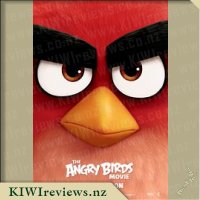 It's 1968, and four young, talented Australian Aboriginal girls learn about love, friendship and war when their all girl group The Sapphires entertain the US troops in Vietnam.