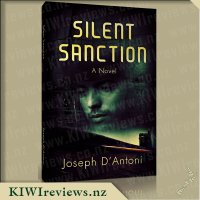 Disclosure StatementFULL DISCLOSURE: A number of units of this product have, at some time, been supplied to KIWIreviews by Joseph D'Antoni or their agents for the purposes of unbiased, independent reviews. No fee was accepted by KIWIreviews or the reviewers themselves - these are genuine, unpaid consumer reviews.
Available:
in hardcopy and eBook formats

THE PREDATOR IS NOW PREY - WILL HE SURVIVE?

Wade Hanna emerges childhood from the unlikely depths of a Louisiana swamp to a life of fast cars in the Big Easy.

His youth is fraught with unwelcome misfortune and unsuspected servitude as an undercover operative.

To find sanctuary he joins the Navy submarine service only to find another silent sanction in his path.

Eventually he finds his calling in Black Ops after deadly confrontation with a Soviet submarine and its biological weapon off the coast of Mississippi during the Cuban Missile Crisis.

These days, with the rise of publish-by-proxy services worldwide, getting your magnum opus into the marketplace is a simple enough matter. If you can write it, you can publish it and maybe even sell it. However, this short-cut system has removed a number of important steps and safe-guards in the publication process, including the proofreader - who catches all those typos that can tarnish the reading experience - and the editor - who'll ensure the story flows well, isn't filled with gaps or redundancies, and doesn't contradict itself. At least, too glaringly.

While reading this book, I found myself struggling very early on - the story has some great potential and has within it a very important foundation story for the character of Wade Hanna, but it fell foul of almost all of the pitfalls of a self-published "first big novel" story. The characters, especially the protagonist, had an excessive and unnecessary level of back-story exposition which made it feel slow to kick in, and more than a little bloated in places. It really wasn't until chapter 22 that the story really started to pick up pace. That said, there were 31 chapters spread over somewhere close to 250 pages of actual text. Chapter 22 starts on page 179.That means 70 pages of tolerable action, after nearly three times as many of 'wading through syrup' before it. Not the best of first impressions, I regret to say.

Whilst not the case when this book was originally published, this book is the first in the 'Wade Hanna' series, so it could be argued that this extra exposition is a typical scene-setter mode often found at the start of a chain of stories. Regardless of that, I was surprised to recently discover that even the author himself is looking to do a complete rewrite, as he wasn't satisfied that the end result was up to par, due to the less-than-effective efforts of the editor hired to initially 'do the voodoo' on the early drafts. This gave me great hope, and the willpower to dive into the second book in the series - Lethal Authority.

Overall, 'a bit of light reading, to be undertaken without holding high expectations' is the most charitable recommendation I can offer for this title, but I encourage you to check out my reviews of the next two titles to see how matters improve... because I assure you, they do.