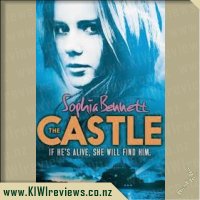 A search for the truth about her father's death takes schoolgirl Peta
Jones to a dangerous place, where she discovers that what some people
will do for money, she will do for hope.

The Journey: How I Cheated Death And Cured My Diabetes In 21 Days
Rating: 8.0

The castle is a beautifully written book that captured my attention and indeed my mind whole heartedly. A simply amazing book that I found myself reading before work, after work and every spare moment in between. Plus, when I wasn't reading it I was thinking about it and wanting to get home to read it as I just wanted to find out who, what and why. I'll admit that for the first few pages I did sort of think, oh yea this is going to be an okay book but nothing stood out largely. In saying that I have also been reading books from the same author for several months now so am used to her style of writing etc so it took me a few pages to get used to a new author if that makes sense. Once I had read those first few pages I was hooked that's for sure!

The story of Peta starts at her mum's wedding where her mum is marrying Peta's soon to be stepfather Rupert. Peta doesn't want them to get married as she believes her dad is still alive but everyone else knows that he was killed by a bomb in Baghdad. Everyone else but Peta. Peta is determined that her dad is still alive, and so the picture of the "crazy child who hasn't accepted her dad's death" starts. Then, out of nowhere Peta gets a phone call that changes everything - she is warned that there are bad people after her and she must hide.

This is the start of thrilling action and drama that thrusts you deep into the middle of Peta's world. Thieves, gun's, flash boats, rich millionaires and slaves - this book has a little bit of everything! Peta's journey to find her dad is anything but straight forward and the twists n turns of the story line keep you on your toes the entire time. Just when you think you know what the outcome is going to be the author changes direction and you are hooked in just a little bit further each time.

All of the characters in this book were amazing and so different to most other books I have read. Undeniable is the fact that the author has really done such a superb job, in fact I wouldn't change a single thing about this book - except maybe that I wish there was a sequel to follow it! After finishing reading The Castle I used Google to search Sophia Bennett and found that while she has written several other books, they are all different and nothing seemed to stand out to me as much as this story.

A book that I will be saving for when my daughter is a lot older to read, it certainly makes you appreciate your own life and the world we live in. Amazing, stunning, captivating - I really can't find enough of the right words to give it the credit it deserves.

Lann knows nothing of his mysterious past, but by his fifteenth birthday he will come face to face with destiny. For Lann must wield the Dreadblade, an ancient sword forged to defeat terrible monsters. Across the mountains a King has been murdered. His daughter, Astrid, is a warrior with no desire to bear the crown. Only she can uncover her father's killer before her brother is ... more...