ProdID: 4228 - The Other Typist
Written by Suzanne Rindell 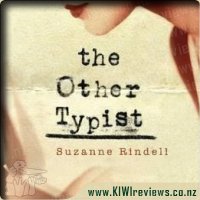 The Other Typist product reviews

A thrilling tale of the intoxicating and dark side of friendship. New York City, 1924: the height of Prohibition and the whole city swims in bathtub gin.

Rose Baker is an orphaned young woman working for her bread as a typist in a police precinct on the lower East Side. Every day Rose transcribes the confessions of the gangsters and murderers that pass through the precinct. While she may disapprove of the details, she prides herself on typing up the goriest of crimes without batting an eyelid.

But when the captivating Odalie begins work at the precinct Rose finds herself falling under the new typist's spell. As do her bosses, the buttoned up Lieutenant Detective and the fatherly Sergeant.

As the two girls' friendship blossoms and they flit between the sparkling underworld of speak-easies by night, and their work at the precinct by day, it is not long before Rose's fascination for her new colleague turns to obsession. But just who is the real Odalie, and how far will Rose go to find out?

They say never judge a book by it's cover, but you know what ... I must confess, I do! The book must have an enticing front page or usually I won't pick it up. Luckily this front page is fantastic. I love the typist font, the feminity against the rough background of scrunchy paper....its really a fantastic image.

Suzanne Rindell is a new author and this book is pretty good. It takes a bit to get though and lulls in some places, seemingly going no where at some parts. In saying that these moments do add to the bigger picture at the end.

I love historical fiction and this ticks all the boxes in the sense of setting. Rindell uses fabulous details with clothes, textures, smells and tastes .... its almost like you are with Rose as she ventures through the book. You get caught up in the mind sweeping friendship, I personally felt as though I wanted Odalie to like me, to be my friend so I could be pampered with all the magnificent items Rose gets to use.

At other times I felt there were too many characters and the story line became muddled and un realistic. The end really is what makes the book unique, but I'm not sure if I thought it was genius of it I actually hated it....maybe a love/hate relationship.

I would be interested to read another of Rindells books if she brings another out, I feel her writing could get better and would be interested to see the twists that another book of the same genre could take. Its very original and worth a read if you are after something a little bit different but staying with historical fiction.

A man battles for his life, two AIs vie for supremacy and a civilization hangs in the balance... Several forces now pursue rogue artificial intelligence Penny Royal, hungry for revenge or redemption, and the Brockle is the most dangerous of all. This criminal ... more...