« The Boat That Rocked review 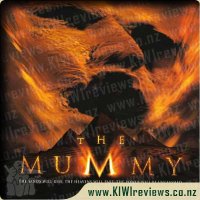 Deep in the Egyptian desert, a handful of people searching for a long-lost treasure have just unearthed a 3,000 year old legacy of terror. Combining the thrills of a rousing adventure with the suspense of Universal's legendary 1932 horror classic "The Mummy", Starring Brendan Fraser, is a true non-stop action epic, filled with dazzling visual effects, top-notch talent and superb storytelling.

I was working for Princess Cruises at the time first saw this, we were heading for Dry Dock for some ship maintenance and myself and a couple of the pursers were in one of the bars and it was playing in the background. After about ten minutes or so the bar was quiet, music was off and the movie was blearing and we all sat around watching it.

Due to the fact missed part of it, I eagerly waited for another week before it was on again. Issy and I sat in our room with the light off and watched the movie from start to end, and I had to get dressed during it and was late back to the desk because of it.

Love Brendan Fraser and think he does a fantastic job. The special effects were awesome, the bad guys were sinister and those Scarabs are just plain freaky, so pretty but so deadly. This is definitly one of those movies you can watch again and again and still enjoy. The acting, had its moments but as a whole it is a really funny action packed movie.

I think because it was so original and Brendan is larger than life in it that it really grabbed me. When returning to New Zealand it had only just came out on DVD, so along with friends we hired and everyone loved. Just one of those movies, no matter how silly it is your gonna enjoy it. Definitly worth a watch if only to see Mr Fraser.

This film was the first horror film that I was allowed to watch as a child. After a long time of begging to be allowed to stay up later, my parents partially relented, and they allowed me to stay up and watch The Mummy. Unfortunately, they sent me off to bed right after the villain is released and makes its first kill. I can honestly say that I got very little sleep that night, and had my duvet tucked right underneath me to protect me from the monsters.

This is one of the roles that I don't mind Brendan Fraser in. Whilst he is always over-excited about something; in this film it works well, and is really the sort of reaction that someone would expect to get when the ancient legends that one has studied come to life in the modern day.

Arnold Vosloo, who plays the part of High Priest Imhotep is the highlight of this film. He embodies his character so well, and leaves you in awe of the ancient civilizations of Egypt. Rachel Weisz and Brendan Fraser make a great couple and complement each other, Rachel adding a touch of femininity to the general bravado of the movie.

With a very 'brown' environment, the scenes are broken up with darkness, and scenes from the modern world, and stops you from feeling overwhelmed by monotony of deserts and sand.

When Evelyn is given a map by her brother that purports to lead to the City of the Dead it sets off a chain of events that they did not expect. Evelyn teams up with Rick (whom her brother had stolen the map off of) and must fight to defeat the evil mummy.

The special effects in this are wonderful, even after 10 years the effects are still standing strong. Imhotep, the mummy, is flawless and still as scary as ever. This was filmed on site and in some scenes, in the middle of an extinct volcano, so that gives the film a more authentic feel to the film.

Overall, this is a great film. Brendan Fraser and Rachel Weisz do a great job as our lead characters Rick and Evelyn. This was filmed well enough that if they didn't t get funding for a sequel it would make a good stand alone movie. This is one movie we own and have fun rewatching.

Score: 2.3
Product reviews for listing 5640: The Legend of Hercules -  Directed by Renny Harlin

Betrayed by his stepfather, the King, exiled and sold into slavery because of a forbidden love, Hercules must use his formidable powers to fight his way back to his rightful kingdom. Through harrowing battles and gladiator-arena death matches, Hercules embarks on a legendary odyssey to overthrow the King and restore peace to the land.