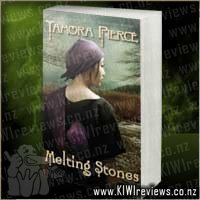 Four years have passed since Evvy left Chammur to begin her training as a stone mage. At fourteen, she's unhappy to be on a new journey with her mentor, Rosethorn, who has been called to the Battle Islands to determine why the plants and animals there are dying.

Evvy's job is to listen and learn, but she can't just keep quiet and do nothing. With the help of Luvo, the living stone heart of a mountain, Evy uncovers an important clue.

Now, with the island on the brink of disaster, it's up to Evvy to avert the destruction that looms ahead.