« BBC Atlas of the Natural World: Africa and Europe review

The Worst Week of My Life - The Complete Collection review 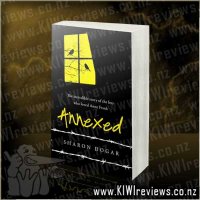 Disclosure StatementFULL DISCLOSURE: A number of units of this product have, at some time, been supplied to KIWIreviews by Penguin Random House or their agents for the purposes of unbiased, independent reviews. No fee was accepted by KIWIreviews or the reviewers themselves - these are genuine, unpaid consumer reviews.
Available:
September 2010

Everyone knows about Anne Frank and her life hidden in the secret annex - but what about the boy who was also trapped there with her?

In this powerful and gripping novel, Sharon Dogar explores what this might have been like from Peter's point of view. What was it like to be forced into hiding with Anne Frank, first to hate her and then to find yourself falling in love with her? Especially with your parents and her parents all watching almost everything you do together. To know you're being written about in Anne's diary, day after day? What's it like to start questioning your religion, wondering why simply being Jewish inspires such hatred and persecution? Or to just sit and wait and watch while others die, and wish you were fighting.

As Peter and Anne become closer and closer in their confined quarters, how can they make sense of what they see happening around them?

Anne's diary ends on August 4, 1944, but Peter's story takes us on, beyond their betrayal and into the Nazi death camps. He details with accuracy, clarity and compassion the reality of day to day survival in Auschwitz - and ultimately the horrific fates of the Annex's occupants.

Annexed is a very personal and compelling re-imagining of the true story written about by Anne Frank. As such, I knew going in that it would be intense, but I have not read Anne Frank's diary, nor any holocaust related fiction (though I have watched Life is Beautiful and Schindler's List. What I found in Annexed was a character who could have been a guy from my school. He was so normal, so convincingly confused and struggling to survive the monotony of being isolated away from nearly certain death. This ability to relate made him real and the horrors he then experienced hit home all the more.

I have read some other reviews asking why Anne Franks story needed any fictionalization when it is already a book children can relate to. I would argue that Annexed, though fictional, is perhaps more accessible by older teens and boys. The sexualisation of Peter has also been criticized by some, who perhaps consider Anne's telling of events sacrosanct, but I think that Sharon Dogar makes it very clear that her version is fictional. She uses footnotes to point out where any fact has been shifted or tweaked to make her story work (which is not often). I appreciated the sexual tension and 'almost but not' romantic sub-plot because they seemed very consistent with what a sixteen-year-old guy would be concerned about in such a situation. It helped ground Peter as a 'normal guy' and therefore make the circumstances he was thrust into so much more relevant to young people in our generation.

Though Annexed is not told in Peter's own words, it is a compassionate and brilliantly woven tale, definitely worthy of a permanent place on my shelf.

In Horrible Science: Chemical Chaos forget the fiendish formulas and take a look at the nasty bits you really want to know about -the bubbling green mixtures, the vile and poisonous potions, the horrible smells, bangs and blasts. Discover how the first chemists - "alchemists" - really searched for the Philosopher's Stone, what suspect substances lurk in your school dinner, the sickening stench of the world's worst stink bomb and which ... more...