Home > Categories > Movies > Family > Where the Wild Things Are review

ProdID: 2549 - Where the Wild Things Are
Director: Spike Jonze 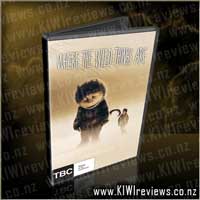 Disclosure StatementFULL DISCLOSURE: A number of units of this product have, at some time, been supplied to KIWIreviews by Roadshow (NZ) Ltd or their agents for the purposes of unbiased, independent reviews. No fee was accepted by KIWIreviews or the reviewers themselves - these are genuine, unpaid consumer reviews.
Available:
April 2010

Where the Wild Things Are product reviews

An adaptation of Maurice Sendak's classic children's story, where Max, a disobedient little boy sent to bed without his supper, creates his own world - a forest inhabited by ferocious wild creatures that crown Max as their ruler.

I wasn't sure how they would convert a short picture book into a feature length film. The characters, especially Max, get a bit more characterisation. There is more to the reasons why he is sent to bed without supper. The Max character is deeply flawed, even a bit disturbing.

The use of the handheld camera gives the film that gritty realism. But its not too intrusive. Sometimes when a handheld cam is used, it can be too bumpy and detracts from the story. I didn't find it a problem in this film.

Like the book, the film follows Max into the dream-like world of Wild Things. The Wild Things seem child-like, and flawed in similar ways to Max. Its not a pleasant family fun time movie though. This is disturbing, art house even. I personally love art films. I enjoy surrendering myself to watching something that is unlikely to make any sense. Letting go and letting the movie wash over me.

However, as a potential family movie, this misses the mark. We'll stick to Mr Sendak's book version instead.

I went to my movie with my grandson who was seemingly the only child who remained engaged with the story - declaring at the end "Nani, those monster's sure were in need of some therapy aye!"

This movie really misses the mark as 'family entertainment' - not for its 'darkness' (those of us who remember Watership Down and The Dark Crystal will understand that darkness can have its place in movies designed for old and young alike) but more for its 'self-indulgence'. The story line of Maxx's journey of self-discovery, meeting aspects of self depicted as characters and resolving issues he struggles with seems to have taken a backseat to the everyday issues of adults instead.

At least one characteristic of childhood seems to have been successfully conveyed, if the audience was any indication - the way in which a mere couple of hours can seem like forever.

I actually enjoyed this movie - but not for a creative work that would take me from the world in which I reside to an imaginary world that was the creation of another's mind but rather, as an interesting opportunity to observe and ponder the mind of the creator and that of the audience. My grandson as an unusually thoughtful wee chap, found sufficient to keep him engaged but, for most, Where the Wild Ones Are seemed to leave them bored and restless.

Perhaps better suited to those who enjoy those "arty/alternative" type movies that are all about the creators expression of self - even if they don't have much to say.

A great adaptation of the classic children's book that many of us grew up with.
I admit to being surprised at some of the story alterations that were made, and despite being a wonderfully evocative escapade into the wonders of childhood imagination, it still seems a little flat in places, and almost pointless in others. The movie itself was full of amazing cinematic skill, yet I wonder how it expected to ever live up to the 'classic icon' status the source book still rates today, almost 50 years later.
What this movie does do though, in spades, is explore the darker reaches of a child's mind in a way that even adults can find accessible. It takes us back to an age before society and rules became understandable, acceptable, or even tolerable, back to an age where the lack of ability to do as we please brought all the seething anger and fear to the surface and made us the 'terrible little anklebiters' our parent both adored and dreaded in equal measure.
As a parent myself I now understand what my parents meant when they said "Our revenge on you for your childhood behaviour will be to sit back and watch you try and cope with your kids." - less than charming, but prophetic none the less. This movie reminds me of what was happening in my head when I was sent to bed early as a punishment for the misdeeds of my youth, and though I can see what Jonze was getting at, I still feel somewhat let down by the results.
All in all, a mixed bag this one. On the one hand a worthy attempt at a modern adaptation, while on the other hand a somewhat limp offering from a respected director who maybe should stick to his greater achievements in music videos and the Jackass series.

Claire (Lena Olin) lives a quiet domestic life in the Hamptons as the wife of celebrated artist Richard Smythson (Bruce Dern). Once a promising painter herself, Claire now lives in the shadow of her husband's illustrious career. While preparing work for his final show, Richard's moods become increasingly erratic, and he is diagnosed with dementia.

As his memory and behaviour deteriorate, she shields his condition from the ... more...