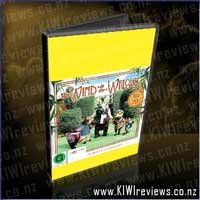 Disclosure StatementFULL DISCLOSURE: A number of units of this product have, at some time, been supplied to KIWIreviews by Roadshow (NZ) Ltd or their agents for the purposes of unbiased, independent reviews. No fee was accepted by KIWIreviews or the reviewers themselves - these are genuine, unpaid consumer reviews.
Available:
January 2010

The Pacific Ocean covers one-third of the Earth's surface. It is greater than all of Earth's land combined, holds half of our world's water, and hides the deepest place on our planet. It is where huge and iconic, rare and dazzling creatures call home - and where creatures yet to be discovered lurk.

Over four cinematic episodes, Big Pacific breaks the boundaries between land and sea, moving throughout the Pacific Ocean ... more...