The Mirage Makers 3: Song of the Shiver Barrens review 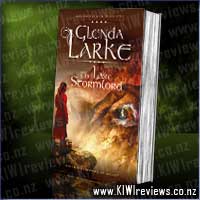 Disclosure StatementFULL DISCLOSURE: A number of units of this product have, at some time, been supplied to KIWIreviews by HarperCollins or their agents for the purposes of unbiased, independent reviews. No fee was accepted by KIWIreviews or the reviewers themselves - these are genuine, unpaid consumer reviews.
Available:
September 2009

Terelle is on the run when an old man with the ability to paint pictures on water employs her as his apprentice -- and paints her portrait. She thinks she is safe, until she discovers his floating artworks can fix an immutable future for those portrayed in them. She has become a prisoner of her own painted future.

The Cloudmaster and his stormlords keep the land alive with their power over water and rain. However, the current Cloudmaster is dying and has no stormlord heir because all the promising young men and women have died in troubling circumstances.

An expedition mounted to scour the countryside for a potential stormlord locates a young village lad called Shale. Kidnapped and imprisoned, Shale finds himself a tool in a struggle between the warring factions of the land -- because whoever commands a stormlord, commands the water of a nation ...

When I read the pitch for this book, I wasn't entirely sure whether it was something I wanted to read or not, but within the first page, I was hooked. Terelle is living in a 'Snuggery', a polite word for a brothel, and desperately doesn't want to grow up to be one of Madam Opal's girls - but the clock is ticking and her fate is fast approaching.
I immediately wanted to know how she would escape. Through her eyes, I came to know the world of the Quarten, desperately dry and entirely dependant on the Cloud Master for water and therefore life.

From there, I was introduced to Shale, a young boy with a sense for water - far more powerful than most in the Quartern, though he doesn't know it. He's just a worthless peasant without his own water allotment. I had thought, changing view points, that I would miss Terelle too much, but the book is written skillfully. I didn't end up minding the transitions at all.

I was especially pleased when Shale and Terelle finally met up and were forced to rely on each other. It is the promise of this friendship (and hopefully one day relationship) that makes me eager to read the next book in the series. Glenda Larke has successfully merged the politics of an entire civilization with the emotions and lives of a few characters we really care about. This book makes you confront your own accepted morality and wonder what you would do in their place. With so many lives hanging by such a fine thread, it is the difficult decisions that make these characters heroic yet powerfully human.

A great read. I definitely recommend it.

That was true in the mid-nineteenth century, until a Victorian artist named Waterhouse Hawkins brought these ancient animals to life for all to see. Originally in his native England, and later in New York City, he devoted more than three decades to building the first life-size models of dinosaurs, and he dazzled the world with his awe-inspiring creations.