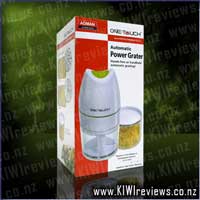 Smart Spin conveniently holds all your storage needs. Its unique patented design slides forward, then spins like a carousel, for easy selection. Smart Spin holds an enormous amount of food, yet takes up about the space of a coffee maker.