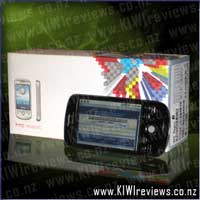 Disclosure StatementFULL DISCLOSURE: A number of units of this product have, at some time, been supplied to KIWIreviews by Vodafone NZ or their agents for the purposes of unbiased, independent reviews. No fee was accepted by KIWIreviews or the reviewers themselves - these are genuine, unpaid consumer reviews.
Available:
instore or on the website

If you are a Vodafone Prepay customer and you are out of credit, you can now get a Prepay IOU $2 Top Up to help you make another call or text when you need it most! This means you will never again get stuck in sticky situations because you run out of credit! Whether it is to get home safely, or just to get you up and running again so you dont. ... more...