ProdID: 1487 - The Bridei Chronicles #3 - The Well Of Shades
Written by Juliet Marillier 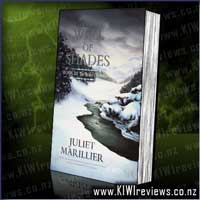 The Bridei Chronicles #3 - The Well Of Shades product reviews

Sent home to Ireland on a secret mission for King Bridei of Fortriu, Faolan must first deliver the news of a brave warrior's death. But Bridei's chief assassin and spy also finds himself facing the demons of his family's dark past, with wholly unexpected results. By the time he tracks down the powerful Christian cleric who may be a threat to the stability of Bridei's pagan kingdom, Faolan has become responsible for a child, a dog and Eile, a troubled, volatile young woman.

For Eile, the journey to Fortriu is confronting. Accustomed to a life of deprivation and struggle, she finds herself facing an unfamiliar world, full of new lessons. For her, the hardest challenge of all will be learning to trust.

At Bridei's court in White Hill, disturbing news from the neighbouring kingdom of Circinn prompts the king to call his chieftans to council. But after the disappearance of Bridei's closest adviser and the tragic death of a young maid, the threat posed by the encroaching influence of Christianity appears to be the least of the dangers at hand...

Once more Juliet Marillier casts her magic, weaving it into the words of her books, pulling the reader in until you are so lost in the book you completely lose track of time!! Again the focus is quite heavily on Faolan as he sets off on a mission for Bridei- and also comes face to face with his past, forced to deal with the skeletons that have been buried in his closet for years. A man who tends to move about on his own, Faolan once again finds himself with a woman in his care, although this time round there's a child involved as well. Marillier continues bringing out a different side in the spy as he shows he is human after all, and the book ends with a sense of happy endings- although you're also left with a feeling that there could still be more books coming (I certainly hope so!!). In this 3rd instalment of the Bridei Chronicles, Tuala finally has her questions answered in regards to her past, (with some of the answers turning out to be a bit of a surprise for me), along with having to deal with the stress created by Broichan going missing, and later, the nightmare of her son also disappearing.
This series has proven to be a joy to read, becoming a favourite of mine, and has now firmly ensconced Marillier as one of my favourite authors. Well of Shades is a great wrap up for The Bridei Chronicles if it's going to just remain as a trilogy, but there is definitely potential for future instalments - fingers crossed!!!.

Day meets Night and Night meets Day in this delightful picture book based on the Pixar short, Day & Night, which premièred with Toy Story 3 in 2010. Kids will delight in the way these two characters explore their differences and eventually realize how much they like and enjoy each other. A wonderful way to experience the magic of this Pixar short again and again and rejoice in the attraction of opposites!