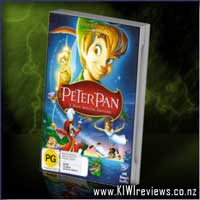 Disclosure StatementFULL DISCLOSURE: A number of units of this product have, at some time, been supplied to KIWIreviews by Roadshow (NZ) Ltd or their agents for the purposes of unbiased, independent reviews. No fee was accepted by KIWIreviews or the reviewers themselves - these are genuine, unpaid consumer reviews.
Available:
March 2007

Score: 8.5
Product reviews for listing 858: Do Not Adjust Your Set -  Directed by Ian Fordyce

Teatime. 1968. In millions of homes something strange was happening and TV comedy around the world would never be the same - 'Do Not Adjust Your Set'. Hitting audiences like a wet fish in the face it was weird, wonderful and hilarious. 'Do Not Adjust Your Set' combined the writing and performing skills of Eric Idle, Terry Jones and Michael Palin, added a dash of David ... more...