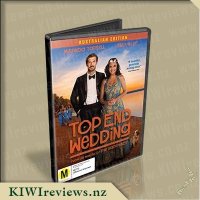 Disclosure StatementFULL DISCLOSURE: A number of units of this product have, at some time, been supplied to KIWIreviews by the company for the purposes of unbiased, independent reviews. No fee was accepted by KIWIreviews or the reviewers themselves - these are genuine, unpaid consumer reviews.
Available:
in selected retailers August 2019

Engaged and in love Lauren and Ned have just 10 days to reunite her newly separated parents and pull off their dream Top End Wedding. But Lauren's mother has gone missing, experiencing a midlife crisis. In order to find her, the couple goes on a fantastic road trip across northern Australia. Along the way, they find fulfilment for their own personal journeys through the wild beauty of the landscapes and the unbeatable charm of the characters that they meet along the way. But will they finally recover Lauren's mother and pursue their dream wedding? 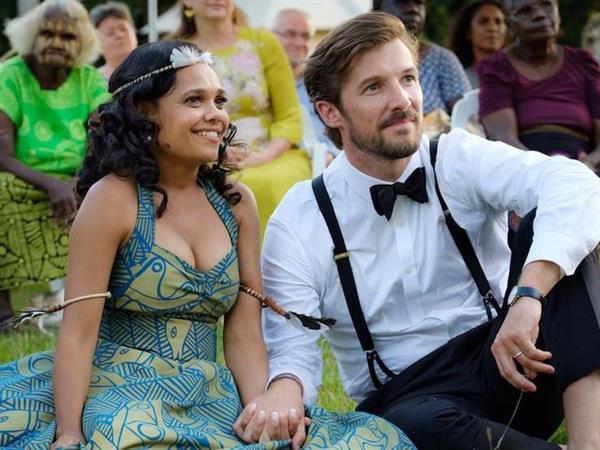 Think about every single wedding movie you have ever seen. They all follow the exact same storyline. After the first ten minutes, you know every single plot point that will come; where it will go, who will be involved, what the "breaking point will be", how the characters will be redeemed. The whole idea feels incredibly generic and lazy. It's as if the screenplay writers just took an existing film and changed the names, locations, and ethnicities. Perhaps that is just how restrictive the premise of a wedding is, but it means the film really needs to have great comedy, emotional depth, and authentic chemistry between the characters to have a successful film.

The comedy works best when it is more emotionally based or subtle. There is a recurring event around the bride-to-be's father and the 1976 classic by Chicago, If You Leave Me Now, that is initially awkward but becomes a brilliantly executed running gag that has the audience guessing when or what will trigger it again. On the other side of the spectrum, much of the comedic elements that Qwilym Lee tries to add to the mix feels disingenuous and out-of-character. Luckily his attempts at humour fall flat and are quickly abandoned early in the film's runtime.

Was there good chemistry between our two main protagonists? That is actually quite debatable. The film doesn't spend much time setting up their relationship early on, and for the remainder of the film they do come across as incompatible as that is meant to mirror the side arc of the movie. There are, however, some really endearing moments on occasion, which do feel reasonably authentic.

There is definitely good emotional depth to the film, and it all comes from the parents of the main couple. Huw Higginson and Ursula Yovich provide the emotional maturity that anchors the film, drives the narrative, and keeps you engaged. Higginson is surprisingly the standout performance. A source of comedy, emotion, and a down-to-earth realism that really builds sympathy (his love for Die Hard is very easy to empathise with). Without Higginson, Top End Wedding would fall flat. Luckily, that is not the case.

The film does have a couple of other stand-out aspects that bring the film into its own. Firstly, is its gorgeous cinematography. Similarly to the Australian film Rogue, Top End Wedding makes use of the spectacular Northern Territory landscapes to wow the viewer (especially the Katherine Gorge). Secondly, is its inclusion of indigenous culture with the Aboriginal community of the Tiwi Islands. It was nice to include a closer look at the traditions and customs around the marriage ceremonies in the aboriginal culture. There was also a clearly LGBT indigenous character, who got the spotlight for a moment, even though it had little sway on the story.

Gorgeous cinematography, the inclusion of indigenous cultures, and some great emotional character development from the parents are what make this--otherwise generic and formulaic wedding movie--work. Almost framed as a mystery whodunnit film, Top End Wedding has enough going on to keep you invested.