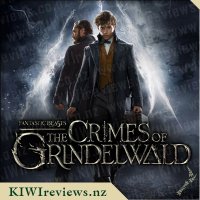 This is one of those films that I had hoped to see on the big screen and then missed out, it then came out on DVD but by the time I had the spare money to buy a copy they were $40, a price I wasn't willing to pay. Lucky me, though, as an aunt was visiting and upon hearing that I hadn't seen it or bought it yet, purchased me a copy. The Crimes of Grindelwald follows on from the first film in this branch of the Harry Potter world and sets us up for the next three promised films. Though we know small amounts from the books, this film gives us much more of Grindlewald (who is essentially the Voldemort of that generation) and his history with Dumbledore - "We were more than brothers".

There are some fantastic creatures in this film, not as many as the first but I was still pleased even if they were just short parts. There is a rather ugly Chupacabra, which whilst it is a horrible little creature, you do end up feeling a little sorry for it, Pickett and Niffler show up again as well as some cute little baby Niffler's. The Zouwu is gorgeous, he's a giant cat-like creature who is easily caught with a simple cat toy and then there were the Matagot, a cat like creature who guard the french ministry of magic and can multiply when attacked, suitably creepy/scary.

When it comes to the plot, there is a lot going on, sometimes it feels like a little too much, bouncing about between Grindlewald as he starts to drum up more followers, the tension between Newt and Tina, Jacob and Queenie, Dumbledore and his part, Credence and his search for answers, Nagini (who it is hard to feel sorry for, even though we're clearly meant to, due to what we know she will become) and Leta and Newt's brother. There is definitely a lot of setting up going on here, for the films that are going to follow and whilst most of it flows well, it does leave moments that just don't feel as cohesive.

I can understand why this didn't do as well as the first, in the box office, I enjoyed it but I can't help but feel that it will flow better when I can watch the series as a marathon. 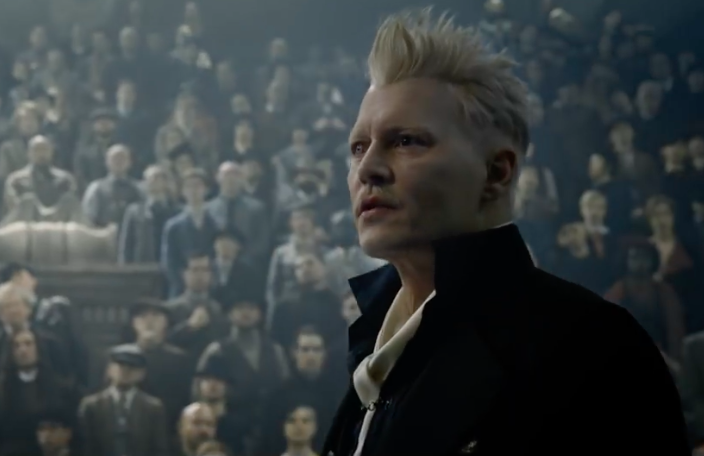 The official hashtag for this movie is kinda ironic... #ProtectTheSecrets - and yet, within minutes of the screen lighting up, the actors themselves had given enough plot spoiler hints to completely eliminate most of the surprises. That said... there were a few neat twists carefully cultivated by a massive red herring - neatly rounded up at the end with a stunning twist that careful observers may have predicted about half an hour earlier in the movie.

The hardest thing about reviewing a movie like this is that any talk about the actual highlights and issues, of the movie get lost in double-speak trying not to give away spoilers... and with attending a media preview that started with explicit instructions NOT to spoiler-dump... well, I apologise if this review seems a bit wishy-washy.

Some of the best bits of the movie that I *can* easily talk about include scenery and critters. Seeing the representation of Paris was quite visually stunning, if a little grey and washed out - part of the 'dark vibe' that permeated the entire movie. I must say that the decision to desaturate pretty much the entire movie, excepting Newt's awesome TARDISesque sanctuary, was one I partially love - it really brought certain colourful creatures to life - but also found somewhat frustrating as it made some scenes rather hard to look at; there wasn't enough differentiation between the foreground and background to give clarity... and when it's a combat scene, it meant the fight was almost a monochrome blur leaving the audience struggling to find something to lock on to. This appears to be a common trope in the Wizarding World movies because it was exemplified by Harry Potter's aerial chase scene with the Dementors in the storm during the Quidditch match. Even with this, the Parisian version of Diagon Alley was very clever, if a little too 'mundane' to show off the idea that it was part of a magical realm.

The creatures were, of course, stars in this movie. The 'living' representation of the Chinese dragon-like creature was, to put it mildly, stunning. I was so captivated by this creature in particular that I completely failed to note down its name... but I assure you, there is no mistaking it when it shows up. We get another chance to enjoy the antics of our favourite pilferer, the Niffler... and you will be delighted by the antics of BABY Nifflers too! Yes, there is a scene dedicated entirely to these furry felonious floofs.

In terms of characters, and those playing them, Johnny Depp once again pulls off a masterful rendition of characterisation. You can't help but see elements of Captain Jack Sparrow nestled in there, especially during some of the creepier speech scenes, when that 'mentally detached and unbalanced' vibe shines through. Eddy Redmayne reprises his role as Newt Scamander perfectly, with that charming combination of shyness, self-confidence and simplistic naivety that makes him such a powerful, underestimated piece in the war of wizards. I was also quite impressed by the choice of Jude Law as the young Albus Dumbledore. What an inspired casting decision that was... he has the look, and perfectly portrays the inner strength, and turmoil, embodied in the character of one of the most powerful wizards in the magical world.

Overall, this movie was a wonderful addition to the story, and if rumours are to be believed it is the second in a series of five that prelude the Harry Potter series. It clearly shows the linkages between the two series, and we get some wonderful insight into how the baton of evil and magical domination passes from Grindelwald to Voldemort. Worth seeing, but you may find that it's a bit of a slow-burner and doesn't really hold your attention the whole way through.