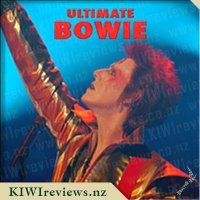 Disclosure StatementFULL DISCLOSURE: A number of units of this product have, at some time, been supplied to KIWIreviews by the company for the purposes of unbiased, independent reviews. No fee was accepted by KIWIreviews or the reviewers themselves - these are genuine, unpaid consumer reviews.
Available:
see website for details

On January 10, 2016, the world lost a great music legend, David Bowie. The legacy he left his New Zealand fans is a superb catalogue of music from a stellar 40+ year career and the memories of his many visits to these shores for concerts that have gone down in folklore as some of the biggest ever staged on Kiwi soil.

In an authentic celebration and salute to David Bowie, aka Ziggy Stardust and the Thin White Duke, Showcase Entertainment Group and Pacific Entertainment are pleased to present the UK's No. 1 David Bowie tribute show ULTIMATE BOWIE starring Ed Blaney as David Bowie to transport you across the 40 years of Bowie, from Spaceboy to Superstar.

Ed not only possesses Bowie's awe-inspiring vocal prowess but is also the definitive look-alike, commanding the stage and faithfully bringing alive the many sides of Bowie's chameleon personality with precise detail, supported by a seven-piece band. OK, let's get the awkward bits over and done with, so I can end on the best parts. The lighting rig - OUCH! Bright, and aimed right into audience eyes. More to do with the limited space available than any fault of the performer. If you suffer from any form of photosensory issue, eg. Epilepsy or light-induced migraines, then I warn you to take care. Also, the sound technician had a rough job of getting the balance right - heck of a lot of bass and drums, not much vocals coming through for the first couple of songs. Then he seemed to get things sorted, and we got on with a great show.

The first half of the show, just under an hour, was spent working through some of the classics from the Ziggy Stardust era of Bowie's career. Milestone songs like Space Oddity (aka "Ground Control to Major Tom"), Ziggy Stardust, Changes, Moonage Daydream and Hang On To Yourself. I would have loved to have heard Suffragette City and The Width of a Circle, but you know... there's never enough hours in the day to fit in everything.

A brief intermission, and the second half of the show kicked off with a trimmed down version of David's epic "Black Star". No, it wasn't the full 10-minute epic song-poem, but I did feel that Ed got to the core of the song and highlighted the heart of what I personally think Bowie was getting at - that in the final moments, everything comes back to you and you slide over the event horizon of life into unknown territory which could erase you from existence, or shuffle you off to a new one with no regard to who or what you used to be before. It was a heck of an opener, and as much as I love the depth and thoughtfulness of Black Star, I was quite glad this was the only one of Bowie's "final works" that Ed had in the performance.

After Black Star, it was a step back in time to David's hits from the 80's, including such tracks as China Girl, Let's Dance, Starman, Ashes to Ashes, and Ed's personal favourite of all Bowie hits - Life on Mars. Conspicuous by it's absence was Rebel Rebel. As the band walked off the stage, I jokingly said to the guy next to me "What do you think? A 10-count until they all walk back on stage to do Rebel Rebel?" Prophetic? I think not, just aware of good showmanship, because 10 seconds later the band walked back on stage, the lights went up again, and we got the opening riff of Rebel Rebel, which set the crowd on fire. Half the audience got up and started to dance in front of the stage, joining the die-hard group who had been dancing off to one side for most of the show.

Ed himself is a very close look for Bowie, and with some careful wardrobe and make-up, pulls off the style and dynamics of Bowie very well. Sure, there are moments when he's clearly not the Tall Pale Duke, but hey, let's be realistic here - short of some major miracle plastic surgery between sets, there's no way anyone will ever manage anything more than "a pretty good approximation". Where Ed really excels is in how close he sounds to Bowie. His vocal match is almost spot-on, and during many parts of the performance I could close my eyes and swear I was listening to Bowie himself. It was remarkable, and impressive.

Overall, though no "tribute show" is ever as good as the original artist, if you never got to see Bowie in concert while he was walking this earth, this is indeed the best alternative you could hope to find. Unless you are particularly pedantic or just like to complain, this show shouldn't disappoint.

Thomas gets lost in the mountains and discovers an old town and soon the whole island is buzzing with the news of Thomas' discovery!