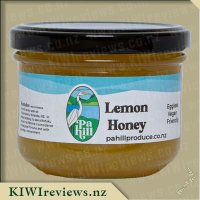 All of our jams are taken from recipe books dated back early 1900s. You can't beat Grandma's original recipes and methods but we do try to cut out as much sugar as possible but its hard to get to setting point so unfortunately its back to the way Grandma made it. Naturally it's full of fruit sugar and no other additives.

I have always loved lemon honey, but, by my own admission, am WAY too lazy to make it! When I saw the Pa Hill one come up for review, and read a little about the company being committed to making "old style'' jams, chutney and the like, I was instantly intrigued if it would be different to the ones I have tasted before.

When it arrived I was absolutely and pleasantly surprised to see it packaged in a glass jar, which gets a very big tick from me in both eco-ness, re-usability and helps retain the taste, as I feel that from glass definitely is preferable. In fact, a friend has already eyed up the jar to use!!

Opening it up, the tang of the lemon hits you straight away - and it is wonderful. You can actually see lemon pulpy bits in the lemon honey, so I guessed this was going to taste different to the very sweet ones I normally had. It was nothing like I expected, and the texture is quite different to other lemon honey spreads. This one really does taste, look and appear to be way more authentic - another big tick from me.

The flavour was a bit different to my expectation too - with the lemon definitely being the dominant flavour. Tangy is probably the best description, rather than sour like lemons, it is tart and tangy, and very refreshing. I first tried it on vogels toast, and the denseness of the toast works beautifully with the tang of the lemon. Next I decided to make blueberry and lemon curd muffins. I would love to show you them but unfortunately all of them were devoured before I realised I had omitted to do that!! The curd kept its texture, liquidity (or rather it did not completely liquid in the middle, its flavour and tang beautifully and worked really well with the sweetness of the blueberries. To be honest, I could probably eat this straight off a spoon, it is so yummy.

I really do not have anything bad to say about it, other than it is not as sweet as other lemon curds. For me this is not a problem, and I will definitely look forward to trying more Pa Hill products! 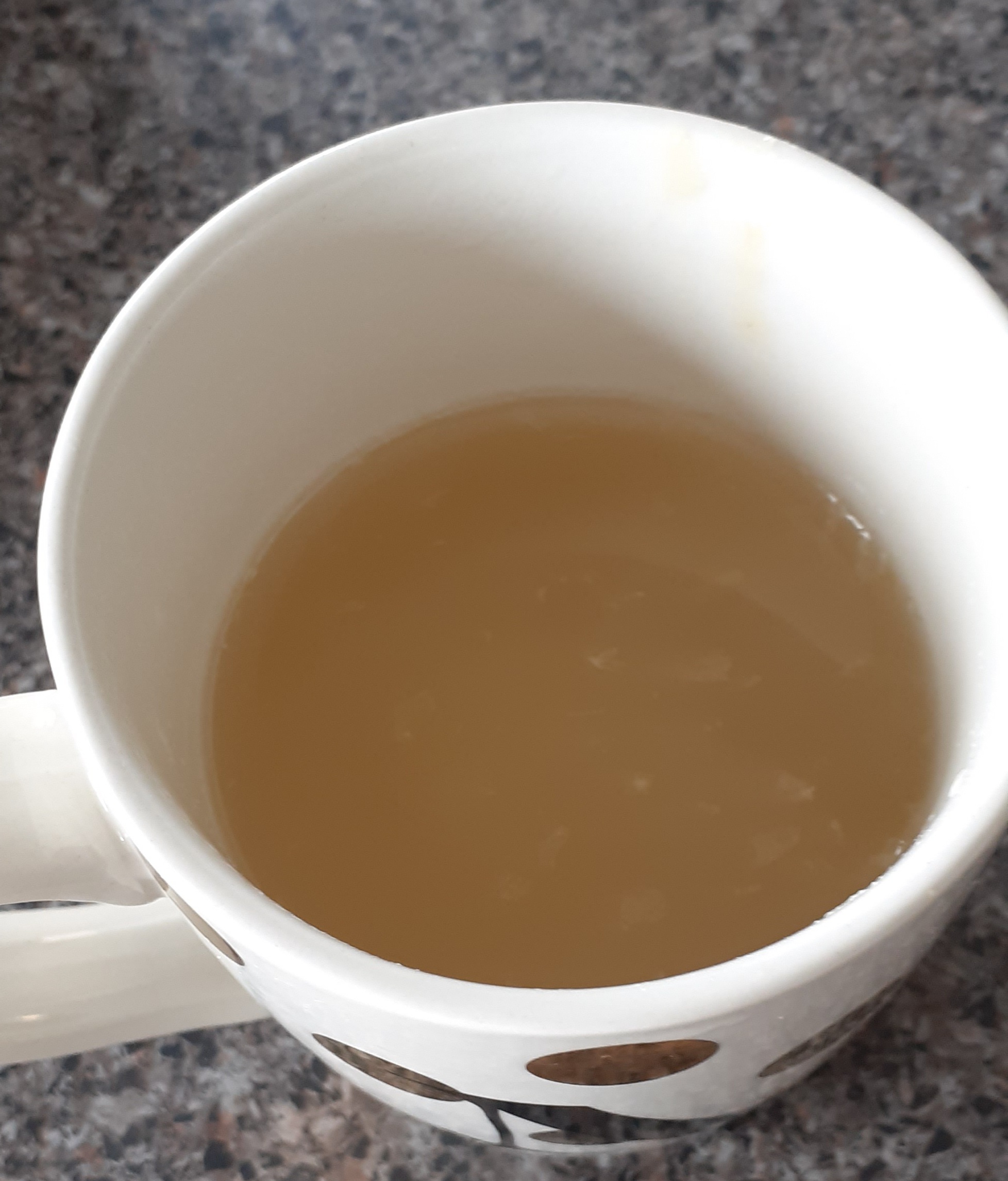 For some reason, when I saw Pa Hill's Lemon Honey, I thought it would be honey with some lemon juice or extract in it. I was surprised to see that it was made out of the lemon pulp, sugar, and tapioca thickening. I usually use lemon honey in hot drinks to ward away colds and sore throats so I first set out to see how this would taste in a hot drink. The Lemon Honey is quite thick and melted quickly in the hot water. It was sweet, thanks to the sugar, but not as sweet as me making it with a spoonful of honey and half a squeezed lemon. I really liked the pulp and the drink was smooth and tasty.

Because the Lemon Honey is quite thick, I decided to make some tarts with these, similar to lemon curd tarts, which are a firm family favourite. I used flaky pastry and added a spoonful of Lemon Honey and baked for 15 minutes. Unfortunately, they were devoured so quickly, I didn't have time to take any pictures! My hubby and daughter's loved the rich lemony flavour and the thick consistency. My eldest, who hates pulp in any fruit drinks, said this was one of the nicest sweet tarts she had tried (high praise indeed!)

The Lemon Honey was definitely popular in our house and is extremely versatile. It is also eggless, and with no butter, is Vegan Friendly. Pa Hill are definitely onto a winner with this! 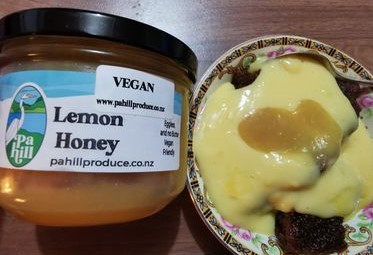 I have always thought of lemon honey as a sweet, egg-based spread half-way between honey and jam, so I was really surprised by the flavour and texture of this product. It was nothing like I had expected, and the first taste took me by surprise as I put an entire teaspoonful into my mouth to test it out. Unlike some spreads, this is not one I would be tempted to snack on straight from the jar! Having set the ground rules, however, I was ready to try it out with some different dishes. We were expecting two old friends to call around and had organised some steamed pudding left over from a hangi the day before; my plan was to offer it to them for afternoon tea.

I served the pudding reheated with custard and a blob of lemon honey on top. Steamed pudding is not especially sweet, so I added a little extra sugar to the custard to offset the sour lemon effect. That worked nicely; you could certainly taste the lemon, but it was no longer overwhelming as it had been when I ate it on its own. Both of our visitors enjoyed the combination, and one asked if I had made the "lemon sauce" myself as he knew we had a lemon tree. I showed him the jar and he was interested to see that the lemon had been thickened with tapioca.

Because the pudding was so successful, we decided to try it with our evening meal that night. Our visitors had gone on their way so it was just the two of us for dinner. We started off with half an avocado each, but instead of vinaigrette, I poured some sesame oil into the hollows and added a little lemon honey on top. It was nicer than our usual vinegar-based dressing, and I for one am looking forward to serving it that way again.

For the main, I had intended to make a vegetarian meal, but changed some of the ingredients around so that we could include a dozen battered mussels. These are delicious with fresh lemon sprinkled on top, so I expected they would be equally successful served with the lemon honey. As I had expected, it was perfect with the mussels. I put a small container in the middle of each plate so we could use it for dipping, and that worked a treat. Unlike lemon juice, it stuck to the batter rather than just running off it again.

I have not tried this product with any other desserts although I plan to try it on Neenish tarts when I have the time. They are a small, very rich tartlet with a filling made from lemons and condensed milk - far too sweet for most people. By using the lemon honey, I would get a thicker mixture so could cut down on the condensed milk - and its high sugar content! The tartlets are time consuming to make, however, so I will probably wait for the school holidays when I have some children available to help out.

What makes our tuna pockets taste so good? It's the fusion of real ingredients. So you get to enjoy the taste of the islands with our combination of Tuna, coconut milk, red capsicum and citrus. All gently slow cooked to lock in the flavour.