The Republic of Birds review 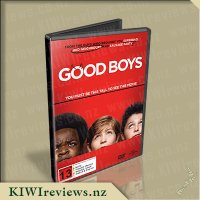 Disclosure StatementFULL DISCLOSURE: A number of units of this product have, at some time, been supplied to KIWIreviews by Universal Pictures NZ or their agents for the purposes of unbiased, independent reviews. No fee was accepted by KIWIreviews or the reviewers themselves - these are genuine, unpaid consumer reviews.
Available:
18-12-2019 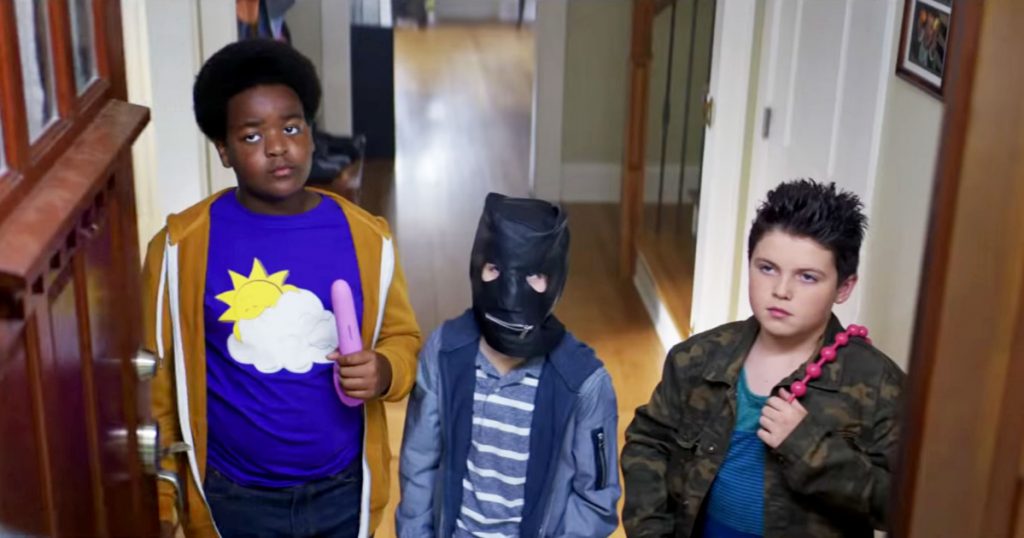 You don't need a reviewer to see from the trailers that Good Boys is a bit like watching a live-action South Park, or a prequel to Superbad. The entire humour of the film revolves around the inconsistent knowledge gaps that these tweens have regarding more mature topics. Where Superbad had protagonists trying to get laid, Good Boys has that younger age range trying to get that first kiss. It's the absurdity of the premise that really helps bring the humour to the table; the fact that it's a coming-of-age story about sixth-graders starting middle school (that 11-12 age range that translates to Year 7, or starting intermediate in New Zealand), but that age range is unable to watch the film (luckily it's only R13 in NZ).

The entire film revolves around one boy wanting to achieve his first kiss with a girl he likes, but not knowing how to kiss. It's such a basic premise, and yet the situation devolves very quickly from innocent naivety to over-the-top raunchiness. To the credit of the script, an effort has been made to keep as much of the humour related to that want of a physical connection. Watching three young boys blissful ignorance around the details of feminine hygiene products, toys, dolls, and other accessories creates a good amount of laughs from the audience. The humour is hit-and-miss though; and while it works well when it hits, when it misses, the silence in the theatre is cringe-worthy.

Our three main protagonists work really well together and put forth three distinct personality types. You have Max, the charmer, who is interested in girls (portrayed by Jacob Tremblay), Lucas, the rule-following, lawful good boy (portrayed by Keith L. Williams), and Thor, the one that talks a big game, and will do anything to fit in (portrayed by Brady Noon). Their different personalities create a good level of humour, as well as forming a source of conflict. Each of the three protagonists has their own story arc, which leads to one of the negative aspects of the film; the third act. As the film progresses, events transpire and accelerate, culminating in a great, albeit excessive, frat house scene. Unfortunately, the rest of the film goes downhill as everything takes a serious turn and all three character arcs are forced through to fruition, no matter how it affects the pacing. It's as if the writers--Lee Eisenberg and Gene Stupnitsky--had no idea how to organically bring the story to a satisfying end, and after finishing the film, tacked on another end to fix it, then tacked on a third one to pad the runtime further...

From about halfway through the 90-minute runtime, the film does introduce a theme of accepting the dynamic nature of friendships as one changes through life experiences. Again though, the majority of this is crammed into the tail end of the film. Altogether, Good Boys manages to put forward a good balance between story and comedy, with much of the successful execution coming from the performances coming from Tremblay, Williams, and Noon. There is the topic of consent, that is stressed almost too much, despite how inconsistent it was with the boys' knowledge level, but I guess that is a sign of the times where the film must place emphasis on such an issue to prevent backlash.

Good Boys is quirky, unadulterated fun. Even with such a basic premise and a sloppy third act, there are more than enough laughs to warrant checking this one out.

The plot of this movie is straightforward, simple and not very complex but the shenanigans that ensue are anything but. Any movie that I see Seth Rogen is involved in is a must-see for me and I am very pleased that Good Boys live up to the hype that it generated. This movie is about three boys who get invited to a party involving spin the bottle and decide to learn how to kiss before attending the party and as to be expected in this type of movie things do not go according to plan very well. I'm not going to go into depth with the scenes involved as I am an advocate of not spoiling movies but considering the nature of this film and what happens in certain scenes I am very surprised to see this with a restricted 13 rating and would have thought it would have a higher rated age classification due to the sexual content and profanity throughout the film but I guess nothing was very explicitly shown but more explained and talked about.

There is an amazing cameo from Stephen Merchant who I absolutely find hilarious in everything he does and this movie is full of truly funny scenes and also serious touching moments about growing up and friendship. This movie is definitely targeted for adults and older teenagers and I believe it really does hit its mark and is so reminiscent of other cinema such as Superbad, Stranger things and the goonies which are all successful in their own ways. This movie really appeals to me and I can see myself watching it again at a later date.

I recommend this film to anyone who loves crude, awkward and blown out of proportion comedy films as this film is all of that and more. If you like movies or tv shows that keep you laughing and wanting more this will surely please and I hope more movies take note and do stuff very similar as I feel there isn't any real comedy movies that meet this very often. Maybe it is just that I'm too immature and that is why this appeals to me so much but I'm ok with that. I would love to see a sequel that follows up to this movie to see where things could go with the boys.

Four-time champion Scott Dixon and his team face danger and risk their lives to win.