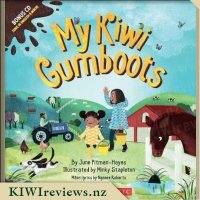 Disclosure StatementFULL DISCLOSURE: A number of units of this product have, at some time, been supplied to KIWIreviews by Scholastic (NZ) or their agents for the purposes of unbiased, independent reviews. No fee was accepted by KIWIreviews or the reviewers themselves - these are genuine, unpaid consumer reviews.
Available:
September 2019

My kiwi gumboots reach up to my knees.
They are the colour of cheddar cheese.
They are different from Mum's and Dad's, it's true
But when I grow up I'll have Red Bands too.

The yellow gumboots go everywhere the little girl goes, and share all her adventures. A CD is included with the book, so you can get your own gumboots tapping and sing along in English and then in Maori with June Pitman-Hayes and Tiraya Sullivan.

The NZ themed illustrations are by Minky Stapleton, and the Maori translation is by Ngaere Roberts. 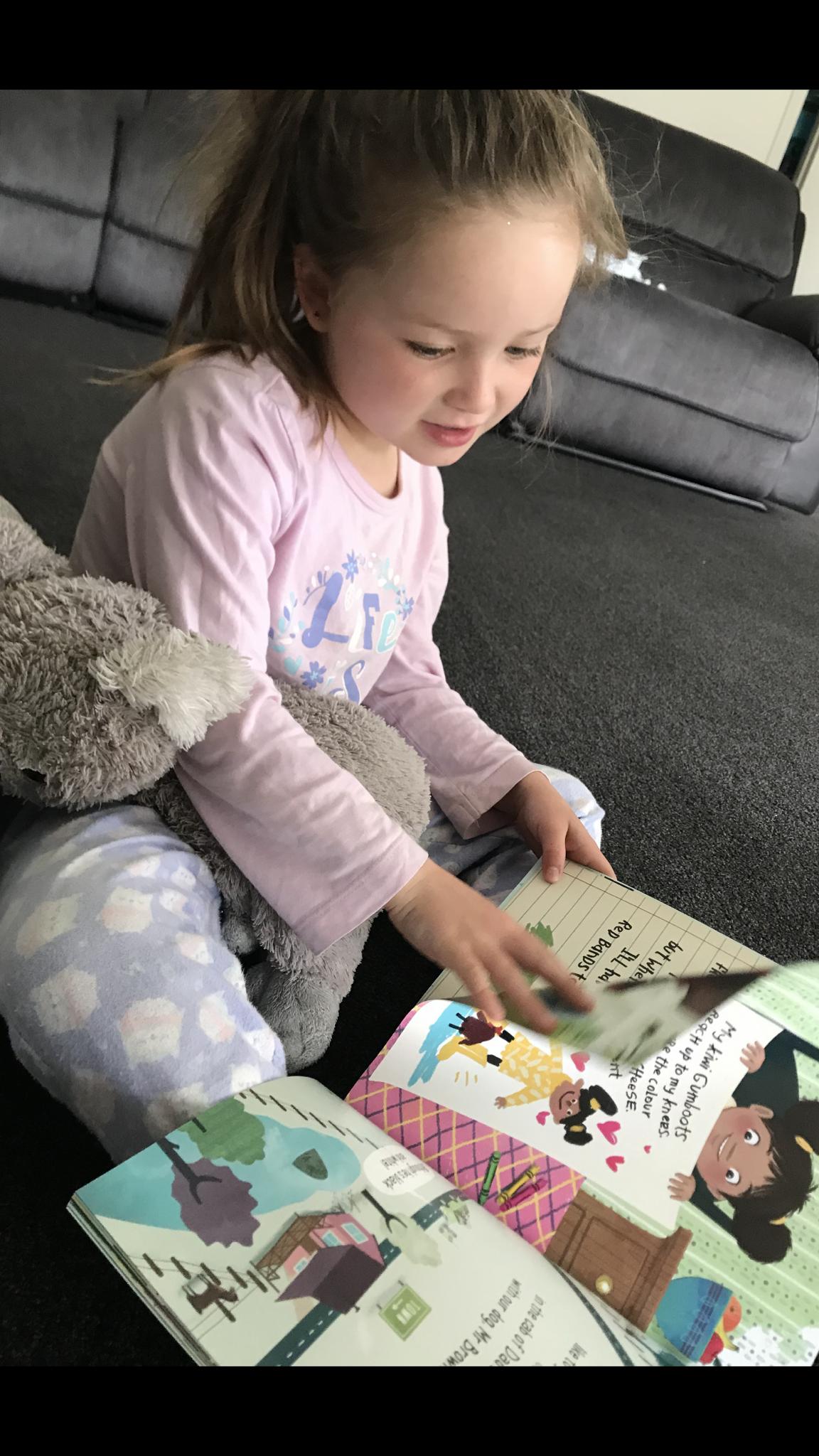 When I noticed this book up for review I jumped at the opportunity and kept my fingers tightly crossed that I would be selected! Scholastic books are a firm favourite in our household, literacy is something I really value as an early childhood teacher and Mum so I tend to be a bit picky at times with pukapuka! Seeing that this book came with a CD that included Maori lyrics had me excited to hear the tune as adding more Maori to my children's lives is always a bonus.

As soon as I received this book I took it to my work (an early childhood centre) where it became our focus at mat times every day of the week with our children aged two-five... this became a book that was asked for over and over again. The fact we have many gumboot loving friends was a complete bonus and probably half the reason the book was so utterly loved. When I first played the CD I liked it but I didn't love it... it wasn't the famously catchy instant love it as some firm favourite CD books of the past. However the more its been played, the more words I've learnt and the more I've loved it!

When I shared this with my six year old daughter she was immediately taken to the book (I've shared a video to the KIWIreview's facebook page)... she was singing the words within a couple of pages and declared that her favourite part was that the book was sung in te reo Maori as well

The illustrations in this book are simply gorgeous! They are bright, clear and full of lots of detail. The illustrations alone tell a story and I have spent many hours turning each and every page with my children (aged four and six) to see what we can see. My personal favourite is page two with the tui and kowhai tree! I also love the story that's told in this book as it's so kiwi and 'typical' of many New Zealand children, this mixed with the Te Reo Maori version in the book is something quite special. I know it's a book I'll be buying again to send to my nieces who are living in Australia! 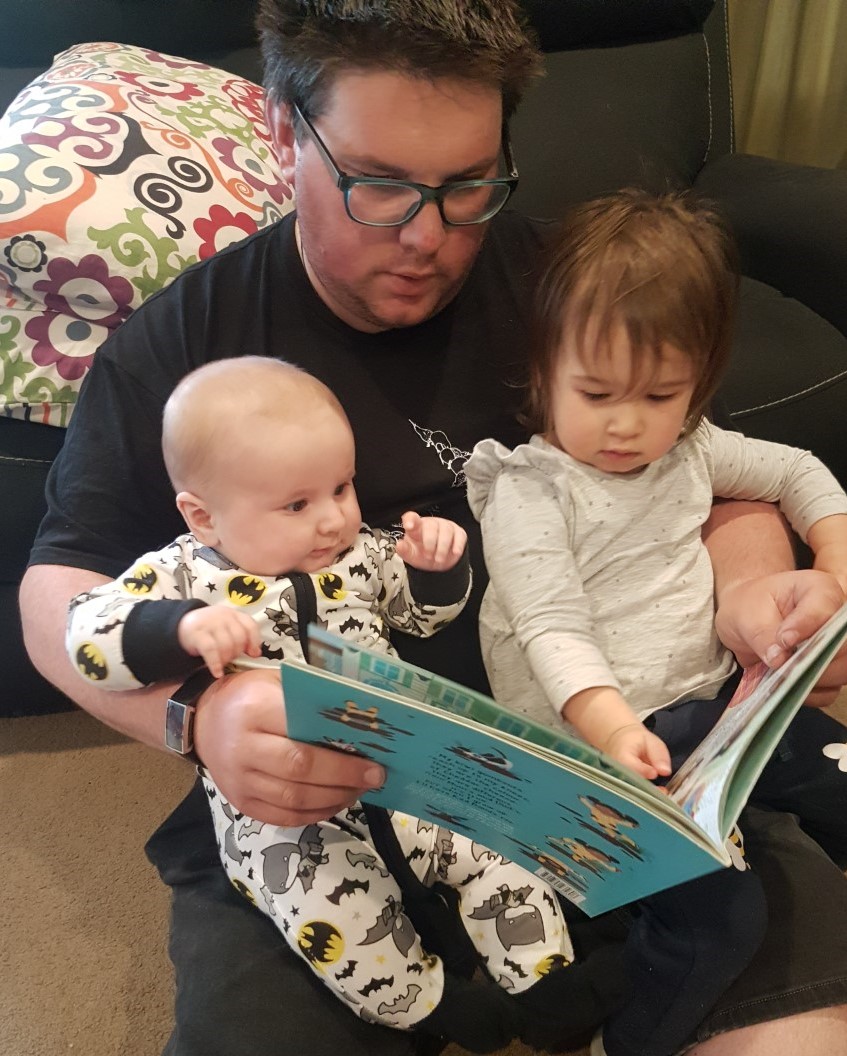 This book was advertised as being suitable for ages 2-6, and up to now we have found that Miss Two is quite receptive to books at and even well above her age group. This time, however, she was not immediately taken by the story despite the cute pictures and repetition of the chorus. She did follow the first section of the book, pointing out the illustrations and paying particular attention to the small creatures like the chickens and frogs. We had thought that she would enjoy the song, but she had difficulty following the flow. Even her dad, who was reading the story to the children, found it hard to sing along to.

A lot of care and thought had gone into the book, even down to the Papakupu at the back, and we liked the way that the two versions (English and Te Reo) were included in the same edition so that a child could flick between them. The Maori version was more condensed than the English but basically both told the same story, and certainly could be used to assist a child who was learning to use both languages simultaneously. Miss Two did like the vibrant illustrations and kept pointing to various pictures that caught her eye.

Because Miss Two had found the book a bit too challenging, I read it to another child - a friend's five-year-old, who has just started school. She loves reading and singing, so in the interests of getting another opinion, I shared it with her. It was interesting to see the difference in development and understanding. Miss Five has some brightly coloured gumboots too (although not yellow) and has even been to Taihape so we were able to explain the gumboot reference to her - something that had been beyond Miss Two. She loved the story, but she too had difficulty singing along to the CD. The chorus worked well but the verses were harder to manage. The song was quite long so that did not help. But overall the story was much better suited to the older child - she understood it, and because she is learning to read, she was able to sound out some of the words on her own.

The one part that everyone liked - Miss Two, Miss Five, and all the assorted adults - was the very last line: Po Marie, kamuputu (Good night, gumboots!) The grown-ups thought it was funny, but the girls found it entirely logical. As do I!

Solaris remains an ever-present threat as Sam's search for the next Dreamer takes him to the Grand Canyon. All is not as it seems as strange secrets and devastating betrayals force him to question all he believes in. Facing insurmountable challenges, deadly consequences seem inevitable.

With Alex on a perilous solo mission, Eva and Lora rush to warn Sam before it's too late. Their enemies grow more desperate, and they don't know who to trust. Sam must find the last 13. The fate of the world depends upon it.